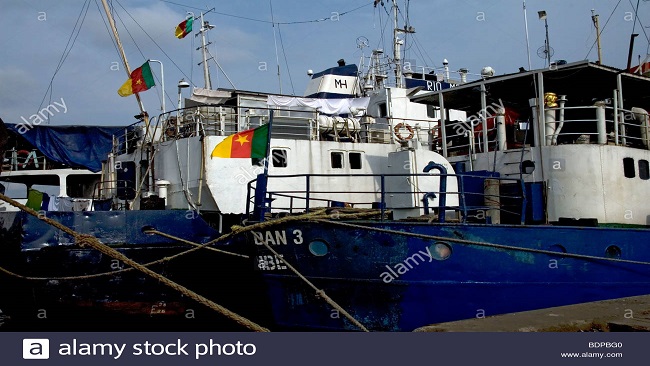 Cambodian authorities last week seized a Cameroon-registered ship that is suspected of having taken part in ship-to-ship transfers to North Korea of oil and other banned goods, RFA has learned.

In a statement Sunday, the General Commissariat of National Police said the MT-Courageous was found to be illegally anchored in Cambodian waters between Koh Tang and Koh Poulo Wai, uninhabited islands in the Gulf of Siam southwest of the country. The ship had previously been expelled from Taiwan.

According to the police statement, the tanker has 16 crew members and had been anchored there since Thursday to await new orders from its owner before it was seized on Friday.

The statement also said that the Courageous had violated UNSC resolutions 2375 and 2397 for transferring cargo with North Korean ships.

The seized ship’s crew were sent to the Prosecutor’s Office in Sihanoukville, where they may face legal action. Their nationalities were not made public.

“For a period of 24 hours, they didn’t communicate with us to try to request authorization to dock or request legal permits from the Cambodian maritime border authorities,” Chhay Kimkhoeun, a spokesman for the police, told RFA’ s Khmer Service Sunday.

“That tanker was in involved in activities that violated the UNSC sanctions against North Korea,” the spokesman added.

Deputy National Police Commissioner General Teng Suon confirmed that the tanker violated UNSC resolutions by participating in ship-to-ship transfers with North Korean ships. He did not say when the transfers occurred.

The United Nations Security Council has over the past decade imposed a raft of economic sanctions on North Korea to deprive Pyongyang of supplies, resources and revenue that could be funneled into its nuclear and missile programs.