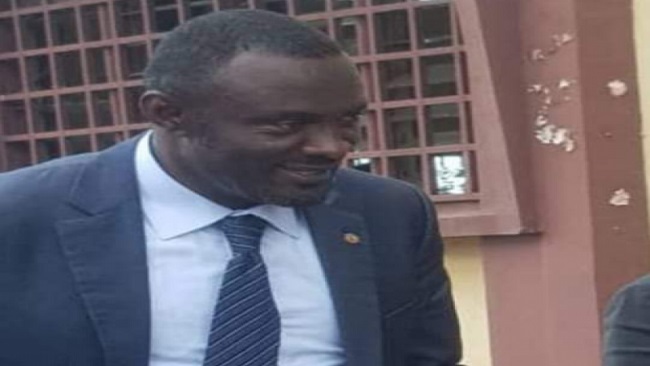 The outgoing mayor Nkelle Ngoh was declared mayor of Kumba on March 3, 2020, following the February 9 twin municipal and parliamentary elections. Nkelle reportedly secured 38 votes as against 31 for Mewanu and 6 for Stephen Ekoko Mwelle.

However, Meme politics took a dramatic u turn and Greg Mewanu petitioned the Francophone South West Administrative Court for the elections to be cancelled. The court in Buea upheld the outcome of the April 9 polling but Mewanu again appeared before the Administrative Bench of the Supreme Court and seek and gotten French Cameroun support.

On Thursday, September 24, 2020, the Supreme Court in Yaoundé annulled the March 3, 2020 and ordered a repeat. The Senior Divisional Officer for Meme, Chamberlain Ntou’ou Ndong was ordered to stage a repeat of the electoral process.

Today’s so-called elections justifies more than 58 years of annoying Southern Cameroonians by the French Cameroun regime in Yaoundé. Nkelle Ngoh was first appointed Government Delegate to the Kumba Urban Council in 2009 to replace Cavern Nnoko Mbelle who had held the office for a decade.

The electoral process was teleguided by a Central Committee delegation of the ruling Cameroon People’s Democratic Movement, CPDM led by Paul TASONG NJUKANG, Minister Delegate in charge of Planning.