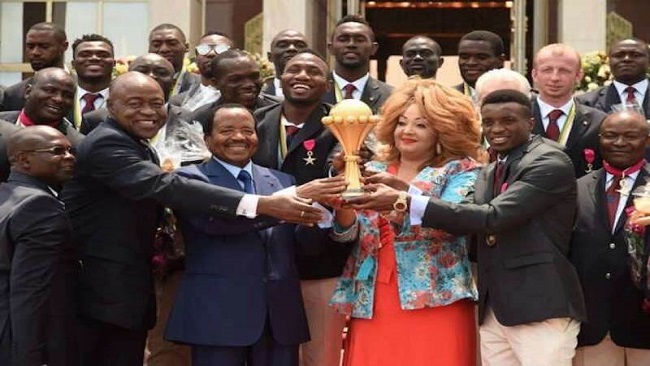 Cameroon president Paul Biya has reiterated that his country will be ready to host the next African Cup of Nations (AFCON) slated for next year. Speaking in his End-of-Year address to the nation, Biya said he had personally made a commitment to that effect as that Cameroon will put its best foot forward come 2017.

“As you are aware, in 2019, our country will host the large continental football family on the occasion of the Africa Cup of Nations. Beyond the purely sporting aspect, this will avail us an opportunity to offer our guests Cameroon’s warm hospitality.

“I have no doubt that, like our athletes, our population will rise to the occasion and showcase Cameroon at its best. Our country will be ready for this grand celebration of friendship. I have made a commitment to that end,” he stressed.

The Indomitable Lions of Cameroon – the national team – are the reigning AFCON champions having won their fifth trophy in February 2017 in Gabon.

The Confederation of African Football in December 2017 expressed misgivings about Cameroon’s preparedness to host the AFCON. CAF president Ahmad Ahmad said they will not hesitate to strip Cameroon of the rights if they fail to meet important deadlines.

“We leave the country to work with a private firm independent without influence or that whatsoever. It is up to them to provide us with the elements that will allow us after to say that Cameroon will be ready or that Cameroon will not be ready. But nothing will be negotiated,” Ahmad Ahmad said during a visit to Ivory Coast.

There was talk in August last year that Cameroon was “not ready”, generating an issue and a possible relocation of the tournament. Whereas Cameroon is able to host 16 teams as was the case with Gabon in 2017. The proposed expansion to 24 teams has been okayed by CAF at a symposium held in Morocco and it is due to be started with the 2019 tournament.