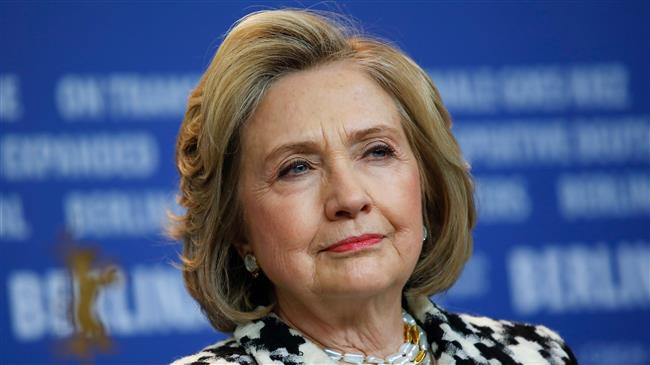 Disinfectant COVID-19 Statement: Hillary Clinton tells Americans ‘Please don’t poison yourself because Trump thinks it could be a good idea’ 0

Former US Secretary of State and First Lady Hillary Clinton has blasted President Donald Trump after he suggested scientists should investigate inserting disinfectants into the body as a way to cure COVID-19 caused by the novel coronavirus.

Clinton, Trump’s 2016 bitter presidential rival, warned on Friday that people not to poison themselves based on the president’s advice.

“Please don’t poison yourself because Donald Trump thinks it could be a good idea,” she wrote on Twitter.

Clinton’s comment comes as Trump faces criticism from medical professionals for his remarks. Doctors and health experts urged people not to drink or inject disinfectant.

Trump said at his daily media briefing on Thursday that medical experts should explore whether inserting light or disinfectant into the bodies of people infected with the novel coronavirus might cure the disease.

He also asked if there was a way to use disinfectants on the body “by injection inside or almost a cleaning.”

“Is there a way we can do something like that by injection, inside, or almost a cleaning?” he said. “It would be interesting to check that.”

“Maybe you can, maybe you can’t … I’m not a doctor. But I’m, like, a person that has a good you-know-what,” Trump said, pointing to his head.

On Friday, Trump on Friday said he was being sarcastic when he suggested a day earlier that scientists should consider exposing the body to light, heat and disinfectants the coronavirus patients.

“I was asking a question sarcastically to reporters like you just to see what would happen,” Trump told reporters at the Oval Office in the White House.

When a reporter pointed out that the president had turned to experts next to the stage when he presented the idea on Thursday, Trump claimed he was asking those officials “whether or not sun and disinfectant on the hands … can help us.”

Trump’s explanation raised eyebrows among those who watched the Oval Office briefing.

“It didn’t seem like it was coming off as sarcastic when he was talking and turning to Dr. Birx on the side,” Fox News anchor Bret Baier said on air after Trump’s retraction.

We have a ‘quack medicine salesman’ on TV

“We seemed to have a quack medicine salesman on television. He’s talking about things like disinfectant in the lungs,” Schumer said.

“We need real focus in the White House on what needs to be done. Instead of talking about disinfectant the president should be talking about how he’s going to implement testing. Which every expert says is the quickest path to get us moving again,” he added.

Trump’s dangerous comments forced Lysol manufacturer Reckitt Benckiser to issue a statement that “under no circumstance” should its products be administered into the human body.

The company said in a statement on its website that “due to recent speculation and social media activity,” they had “been asked whether internal administration of disinfectants may be appropriate for investigation or use as a treatment for coronavirus.”

“As a global leader in health and hygiene products, we must be clear that under no circumstance should our disinfectant products be administered into the human body (through injection, ingestion or any other route). As with all products, our disinfectant and hygiene products should only be used as intended and in line with usage guidelines. Please read the label and safety information,” the company said on Friday.