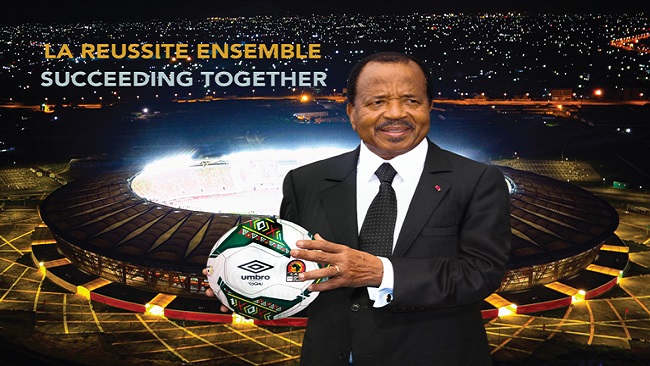 Don’t be fooled, this is the most disorganized Africa Cup of Nations of the modern era 0

Not many football fans remember Cameroon’s game against Ethiopia, and there are reasons for that. Cameroon’s fine victory was played out in front of vast swathes of empty seats at the 60,000-capacity Olembe Stadium and Gabon’s match against Ghana ended in chaos and resulted in Ghana’s Benjamin Tetteh being shown a red card.

In the words of our chief football correspondent “It was as if Ghana recruited the Batcha Boys from Mamfe and some Likomba warriors to help them fight the Gabonese team and coaching staff.”

Earlier, the tournament descended into farce, thanks to an incredibly inefficient performance from the referee in the Group F match between Tunisia and Mali.

And as we write,Tunisia’s protest over their bizarre Africa Cup of Nations defeat to Mali in which the referee blew the final whistle twice before full time was thrown out on Thursday.

Mali were leading Wednesday’s match 1-0 when Zambian official Janny Sikazwe signalled the end of the match after 85 minutes, then again at 89 minutes and 47 seconds — even though three minutes of time added on had been scheduled.

The Tunisians, who had been desperately searching for an equaliser against a Mali side reduced to 10 men, were furious.

When the teams were informed that the match must resume, only Mali complied while Tunisia’s players were already in ice baths, refusing to return to the pitch.

“After examining the protest of Tunisia and all the match officials report, the organising committee decided to dismiss the protest lodged by the Tunisian team….and to homologate the match result as 1-0 in favour of Mali,” said a statement released by the Confederation of African Football (CAF)

So while it is wonderful that Cameroon, Gabon and Nigeria are thriving, at least for now, it has come at a price-The poorest Africa Cup of Nations of the modern era.

The expansion to 24 teams has favoured only the football politicians in CAF and has benefited the rich hotel owners.

Every football delegation in Cameroons team has been embarrassed and Samuel Eto’o and his corrupt acolytes in CAF will claim a nation such as Comoros has been given the opportunity to experience the tournament as never before.

With the group stages heading towards a close, the competition is yet to come to life.

By Isong Asu and Rita Akana in Yaounde