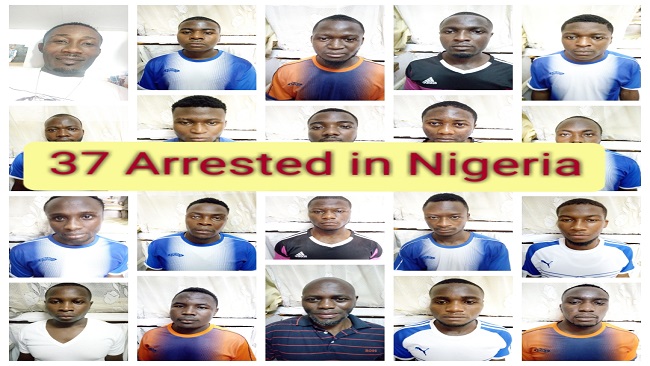 Tamanjong Stella is upset because her children‘s school is closed, a victim of a bitter dispute between English-speaking protesters and the government of this largely French-speaking central African nation.

“The teachers say they cannot start classes until the government has removed the security forces that are posted everywhere,” said Stella, who lives in Bamenda, the capital of one of two English-speaking regions of Cameroon. “I do not know what is going to become of my children without school.”

Months of protests and clashes with government troops have not only forced schools to close, but the Internet also has been shutdown and dissidents have been jailed as English-speaking citizens demand equal rights.

Although English and French are both official languages, the English speakers say President Paul Biya, 83, discriminates against them by installing French teachers, judges and officials in their regions.

In December, police killed at least four people in a market in Bamenda after a strike by teachers and lawyers. A month earlier, police killed one person and arrested more than 60 during violent protests there.

The conflict stems from Cameroon’s colonial past, when separate parts of the country achieved independence from Britain and France in the early 1960s and the English-speaking regions opted to join Cameroon rather than neighboring Nigeria. The resulting country was supposed to draw strength from its linguistic diversity.

“We should never forget that we are walking in the footsteps of our country’s founding fathers, our national heroes, who shed their blood to bequeath to posterity a nation that is united in its diversity,” Biya said late last year in a rare statement about the conflict. “Cameroon’s unity is therefore a precious legacy with which no one should take liberties.”

Critics said Biya could quell the protests by granting more powers to the English-speaking regions. “President Biya said that the founding fathers wanted a rich country with its diversity, but this diversity is also linguistic,” said George Ngwane, who has written books about Cameroon‘s politics.

A week before Biya issued his statement, security forces arrested the leaders of the Cameroon Anglophone Civil Society Consortium, a banned group, without making the charges public. The group had organized “ghost town” demonstrations, where people refused to leave their homes or go to work.

Joseph Ayeah Chongsi, executive director of Human Rights, Peace and Advocacy, said Biya needed to hold accountable police who had killed citizens at protests or in jail or locked up activists without explanation.

“The Cameroonian government must set up an independent commission to investigate all suspected cases of death, particularly those arising during custody,” said Chongsi.

The problem has disrupted the economy of the two English-speaking regions, especially after Biya shut down the Internet in those provinces in mid-January.

“It is absolutely unacceptable,” Francis said. “I am obliged to travel to the capital to make money transfers, to receive my salary or even to consult my (email) mailbox. The banking establishments do not have a connection. We are tired of this suffering.”

The Roman Catholic Church, a powerful force in the country, offered to mediate the dispute, but so far Biya has instead asked chiefs, religious authorities and trade union leaders to find a solution to the crisis.

“There is need for dialogue, because violence, separation or anger never solves any problem. People must sit at the table to talk,” said Kwai Amos, a Catholic priest in the English-speaking Northwestern province.

That isn’t enough for many young adults who say they are missing opportunities and see a bleak future ahead.

Edmondo Bayo​, 24, from the English-speaking Northwestern province, left Cameroon last year to find more opportunities in Europe and hopes to join his brother who is studying in England.

Bayo took part in the December protests, but says he was arrested and tortured for three days. He escaped his captors and made his way to Lesbos, Greece, along with about 30 other English-speaking Cameroonians who are living in a refugee camp waiting to be granted asylum in Europe.

​”They call us young rebels, saying that we want to divide the country,” he said. “But as English-speaking people in Cameroon, we can‘t find a job.”

Edmondo Bayo, an English-speaking refugee from Cameroon inside the Moria refugee camp that was snowed in the beginning of January. He escaped his country to search for more opportunities in Europe.