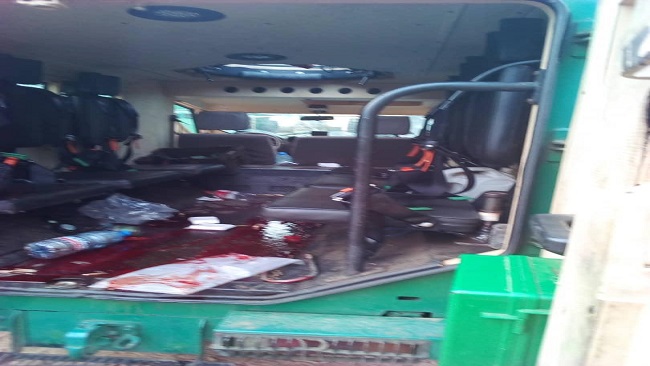 Fighting between government troops and anglophone separatists in parts of Southern Cameroons Sunday disrupted voting in legislative and municipal elections, local officials and other sources said. The authorities issued no details on casualties.

Sunday’s clash was in Muyuka, a rebel stronghold, although fighting takes place almost daily in both English-speaking regions: Northwest and Southwest, which border Nigeria.

“There were exchanges of fire between separatists and soldiers,” said a witness contacted by telephone.” An election committee official who asked not to be named told AFP: “I called our superior in Muyuka and he said that there had been shooting early this morning, but that the situation was calm now and the electors were voting.”

But an opposition candidate in the region, who also requested anonymity, said: “The secessionists and the soldiers clashed. There was no election.”

Speaking by phone, a senior member of a non-governmental organisation in the region said the shooting had started early in the morning and continued until at least 11:00 am. And a senior official in the region’s administrative acknowledged that “there was practically no way of voting” in Muyuka.

There had also been shooting at Buea, the main town in Southwest region and in Kumba in the same region, he added. But he thought it was mainly to warn off the rebel fighters and avoid a battle, she added. She too asked not to be identified.

Turnout in the troubled anglophone regions of Cameroon has been very weak, according to AFP’s correspondents at Buea, which has seen the least of the recent fighting. The three-year conflict between anglophone forces seeking to break away from French-speaking Cameroon has claimed more than 3,000 moves and forced more than 700,000 local people to flee their homes. The separatists, who declared independence from Cameroon in 2017, had made it clear that they would disrupt the elections.