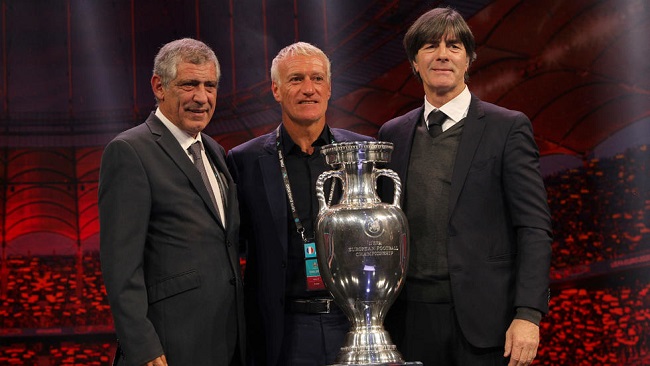 Reigning European champions Portugal will come up against World Cup winners France and Germany in the standout group at Euro 2020 following Saturday’s draw for the tournament in Bucharest, as England came out alongside Croatia.

Neither France nor Portugal were in Pot One for the 24-team competition being held in 12 cities across Europe, making them the dangerous teams to avoid for the top seeds.

In the event, they came out together in an incredibly tough Group F alongside Germany, who will play group games at home in Munich. That is where Joachim Loew’s team will face France in their first match on June 16.

Group F will be completed by one of the winners of the play-offs to be played next March, leaving open several possibilities including Hungary, who will play at home in Budapest should they make it.

France beat Germany in the semi-finals of Euro 2016 on home soil, before losing in the final to a Portugal side who claimed the title for the first time.

Meanwhile, England were drawn with Croatia and the Czech Republic in Group D, with Gareth Southgate’s team to play home group games at Wembley, which will also be the venue for the semi-finals and final.

That section will be completed by the team to emerge victorious from Path C in the play-offs, between Serbia, Norway, Israel and Scotland. The latter have the added incentive of knowing they will play home games in Glasgow in the group stage should they qualify.

England faced the Czech Republic in qualifying, winning 5-0 at Wembley but suffering their only defeat of the campaign in Prague, where they went down 2-1 in October.

England will kick off at home to Croatia on June 14 in a repeat of the 2018 World Cup semi-final, which was won by the Croatians.

However, should England win their group they will have to play the runners-up from Group F, setting up a possible clash with Germany, France or Portugal in the last 16.

Elsewhere, Italy will face Turkey in Rome in the tournament’s opening game on June 12, with Switzerland and Euro 2016 semi-finalists Wales also in that section, Group A.

Spain will take on Sweden and Poland as well as a play-off winner in Group E.

The month-long tournament will conclude with the final in London on July 12.