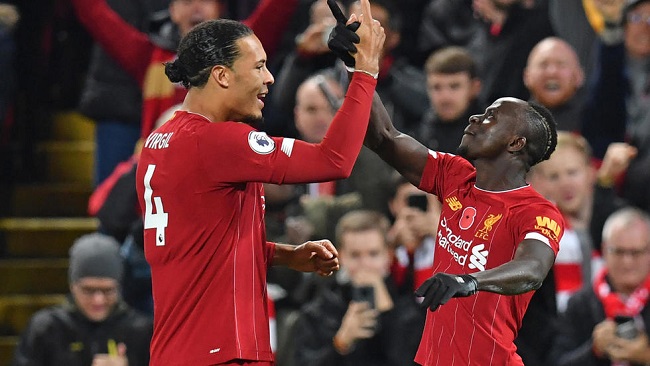 Jurgen Klopp’s Liverpool have extended their lead at the top of the English Premier League to 13 points with a game in hand, after outclassing their second-placed hosts Leicester City 4-0 on Boxing Day.

Liverpool dominated the first half, and went ahead in the 31st minute, when Brazilian Roberto Firmino nodded home a cross at the back post.

Leicester kept the score-line respectable only until the 71st minute, as James Milner set in motion a 3-goal blitz from the penalty spot after a handball in the area.

Firmino then bagged his second of the night, after firing into the top corner, to finish off a beautiful team effort in the 74th minute.

Trent Alexander-Arnold, who had helped set-up all of his side’s first 3 goals, rounded off the rout by drilling home the 4th from outside the box.

Liverpool now have 52 points from 18 matches, while Leicester are on 39 from 19.