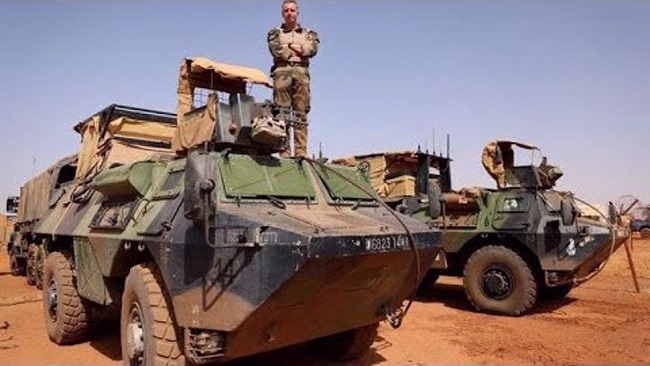 France has praised its troops who killed civilians during a standoff in Niger last month after allegedly conducting an investigation into the incident.

Florence Parly, the French defense minister, said on Sunday that the country’s army had carried out an “internal investigation” into the clashes during in three people lost their lives during one of its convoy patrols in Niger.

The investigation came after Nigerien President Mohamed Bazoum pressed for a probe into the Mali-bound French military convoy that sparked violent protests and led to the fatalities.

In November, the convoy ran into trouble in Niger after being delayed by protests in Burkina Faso, with the Nigerien government reporting three deaths and more than a dozen wounded.

French army spokesman Pascal Ianni said at the time that “no French soldier was wounded,” however, “two civilian drivers in the convoy were wounded through stones pelted at them.”

Declining to accept France’s responsibility in the deadly clashes, Parly said in an interview with Le Journal du Dimanche that, “There was an internal investigation, which showed that in the face of great violence, our soldiers demonstrated the necessary control and reacted adequately.”

She added, “We continue to discuss with the Nigerien authorities to understand what happened before, during and after these clashes.”

The supply French convoy, which arrived on African soil in Ivory Coast earlier in the month, had crossed into Burkina Faso before entering Niger on its way to Mali.

It was heading for a base at Gao, central Mali, a hub of France’s Barkhane operation which claims to be protecting the Sahel region against militancy that began in northern Mali nearly a decade ago despite strong opposition from the said countries.

French troops are stationed in the Sahel region under the pretext of fighting the spread of extremist militant forces there, while reports have emerged that their convoys deliver arms to the Takfiri militants.

France recently deployed more troops in the Sahel despite opposition to its presence in the volatile region.

The United Nations declared in July last year that the spread of terrorist attacks in West Africa was so fast that the region had to consider bolstering its response beyond current military efforts.