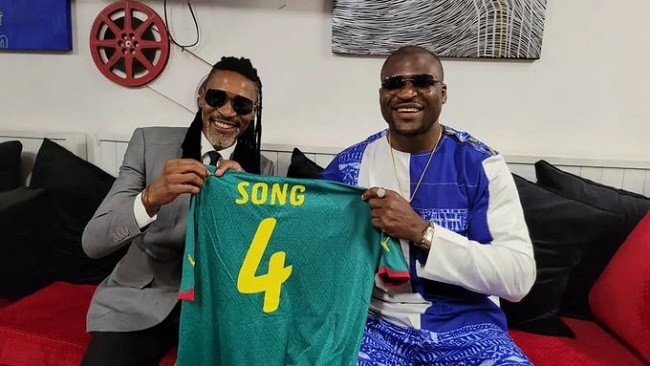 Cameroon pulled off a nail-biting 2-1 victory over Algeria after extra time to end 2-2 on aggregate and advance on the away goals rule. Cameroon born UFC heavyweight champion Francis Ngannou was elated by the achievement and poured his heart out while congratulating them.

Cameroon was trailing 1-0 from the home leg but an early goal brought them back into the tie. But Cameroon’s hopes of qualifying was shattered Ahmed Touba’s scored a header from a corner with two minutes to go in extra time.

The resilient Cameroonians wouldn’t go down without a fight and crafted a miraculous comeback when Karl Toko Ekambi connected with a low volley to see Cameroon take the World Cup place.

Francis Ngannou was enthralled by the performance and qualification and immediately congratulated his native land brothers for their achievement. He posted a picture of himself with the manager of the Cameroon football team, Rigobert Song. A former captain of the team and a legend of the sport himself, Song helped orchestrate this momentous achievement.

He captioned the post, ‘Thank you brother @Song_Officiel_4 for leading our national team to the world cup #Qatar2022 You’re 4ever our captain!!!’