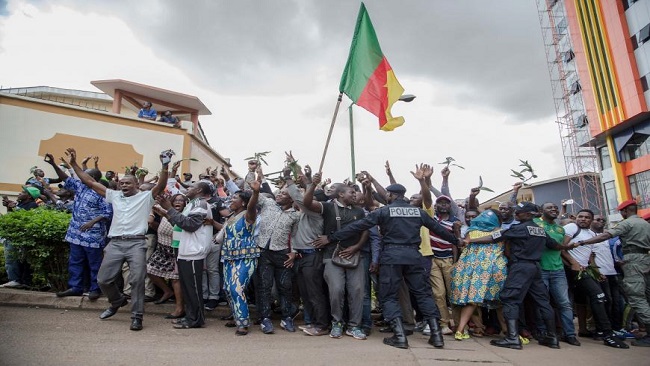 A group of lawyers in Cameroon said on Thursday they won’t mount a defence for around 100 detained opposition members, charging that they would face “arbitrary” justice.

The supporters of main opposition figure Maurice Kamto – Head of the Movement for the Rebirth of Cameroon (MRC) and runner-up to in a 2018 presidential election – have been held for nearly a year.

They were taking part, along with members of other opposition parties, in demonstrations calling for the resignation of long-ruling President Paul Biya.

Biya, 88, has ruled the central African country with an iron fist for nearly 40 years.

More than 500 members of Kamto’s party were arrested in a crackdown on September 22 last year.

Many were released, but 124 remain in detention, according to the MRC.

On Thursday, a group of around 50 lawyers who were defending them said they were abandoning the effort.

“The collective said it cannot associate itself with arbitrariness and illegality, taking the heavy and delicate decision of withdrawing from the (legal) procedures that are under way,” they said in a statement.

They said they could not count on “fair justice from an impartial and independent court”.