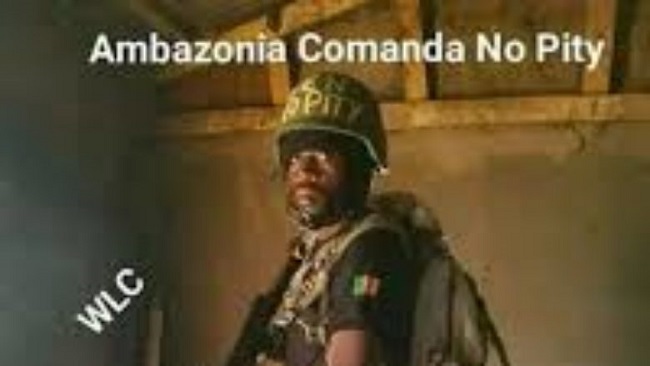 General No Pity: “Our Big Rubbergun will not leave any La Republique soldier alone” 0

“Our Big Rubbergun will not leave any La Republique army soldier alone and will celebrate the victory and liberation the Federal of Ambazonia over the remains of the Francophone occupying soldiers,” General No Pity said in an audio statement released in Bamenda on Monday addressing Cameroon government troops deployed to Southern Cameroons.

The War in Southern Cameroons-Ambazonia has already claimed at least 40 000 lives, almost all of them civilian children, men and women, murdered by Cameroun troops in a series of targeted killings, organized massacres, and killings by fire in over 400 villages burnt down to ashes across Southern Cameroons-Ambazonia. Over half a million people have been forcibly displaced as refugees living in various countries and especially in refugee camps in Nigeria. Over another half a million people have become IDPs hiding in forests, caves and hills due to forced displacement. Additionally, over 1.5 million people are facing a humanitarian disaster.

Republique du Cameroun uses not only arson and the destruction of food, livestock, and crops in the fields as weapons of war. It also uses rape. Rape of Ambazonian women and girls by Cameroun troops is systematic and widespread. This agonizing situation is compounded by the fact that a high percentage of French Cameroun troops are HIV positive and also has other STDs. When they rape they infect the women and girls. This appears to be part of the genocide agenda of Cameroun. Reports are now emerging of scores of school girls raped, impregnated and infected by La Republique du Cameroun’s troops. This poses a nightmare not only of the HIV and STD infections but also of rampant teenage pregnancies. Cameroun troops have burnt down health facilities and killed health workers in rural and semi-urban areas. Accessing health facilities or health practitioners is a huge challenge for rural and semi-urban folks.