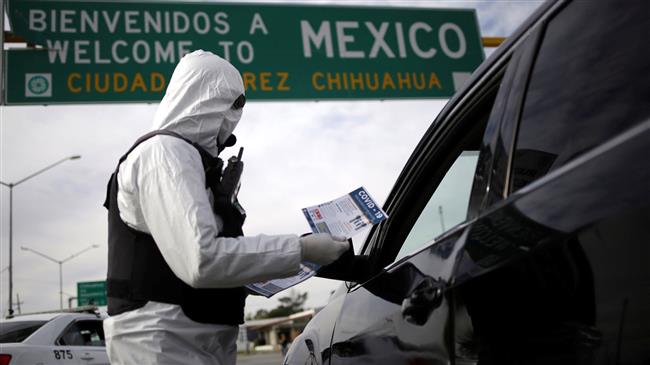 The new coronavirus has now killed 33,997 people and infected 722,435 others worldwide, according to data compiled by Johns Hopkins University. Italy continues to be a prime hotspot for the viral infection. The pandemic has already brought the entire world to a standstill, with governments and people putting up fights to save more lives and reduce the costs of the malady.

The following is a glance at the latest developments related to the pandemic.

Italy says the number of deaths from the disease fell for the second consecutive day on Sunday.

According to the country’s Civil Protection department, 756 people died on Sunday, bringing the total to 10,779. The Sunday toll was 133 smaller than that of Saturday.

Still, the overall tally is more than a third of all the deaths from the virus worldwide.

It was the lowest daily rise in new cases since Wednesday.

The country, however, is still bracing for the peak. And restrictions on all but essential activities that were due to expire on Friday will be officially extended.

“The measures that were due to expire on April 3 inevitably will be extended,” said Regional Affairs Minister Francesco Boccia. “I think that it would be inappropriate and irresponsible to talk of re-opening (schools and production sites).”

According to Italian media, the restrictions could last for a further two weeks until about April 18.

Spain, the second worst-hit nation in Europe, has approved a strengthening of measures to curb the spread of the outbreak, which killed 838 people on Sunday.

Prime Minister Pedro Sanchez said on Saturday night that all non-essential workers had to stay home for two weeks. The measure would last from March 30 to April 9.

Spain has already been on near-total lockdown for three weeks.

In Germany, the finance minister of Hesse State, Thomas Schafer, who was a member of Chancellor Angela Merkel’s Christian Democratic Union, has killed himself, reportedly due to becoming “deeply worried” about the outbreak’s economic toll on the country.

Governor Volker Bouffier said Sunday that Schafer, 54, had become consumed with how to handle the fact that the coronavirus crisis was sending global markets into free fall.

He said the minister had been concerned about “whether it would be possible to succeed in fulfilling the population’s huge expectations, particularly of financial help.”

Schaefer had held his position for a decade.

Germany has had the lowest fatality toll from the coronavirus in the world, with a total number of 541 deaths; but it has the fifth-largest infection tally, with 62,435 confirmed cases.

China reported a drop in new COVID-19 cases for the fourth consecutive day on Sunday.

Officials said on Monday that 31 new coronavirus cases had been recorded on Sunday, including one locally transmitted infection, dropping from the 45 cases reported a day earlier.

With four new deaths on Sunday, the cumulative death toll in mainland China reached 3,304, and the infection figure now stands at 82,149.

This has prompted the government to urge businesses and factories to reopen for a recovery.

President Xi Jinping said that his government would adjust support policies for small and medium-sized firms promptly as the situation developed to protect them from the impact of the coronavirus epidemic.

The Korea Centers for Disease Control and Prevention (KCDC) said the national tally stood at 9,661, while the death toll rose by six to 158.

President Moon Jae-in held an emergency meeting with economic policymakers to discuss financial support for the public. He is expected to announce details of the measures later on Monday.

Australia has tightened physical distancing measures as the total number of infected cases reached 3,984 along with 18 deaths nationwide.

Prime Minister Scott Morrison warned that no more than two people should gather in any one spot outside households.

The government said it would use fines and the threat of jail to enforce the new rule.

Canada on Sunday declared a state of emergency in 10 provinces and ordered people to stay home.

The number of confirmed cases in the country rose to 6,320 on Sunday, while the death toll climbed to 65.

Prime Minister Justin Trudeau said on Sunday that his government was “prepared for all kinds of different situations” but was not planning for the moment to use troops to help combat the outbreak.

“We are not closing the door to any scenario,” he said, however.