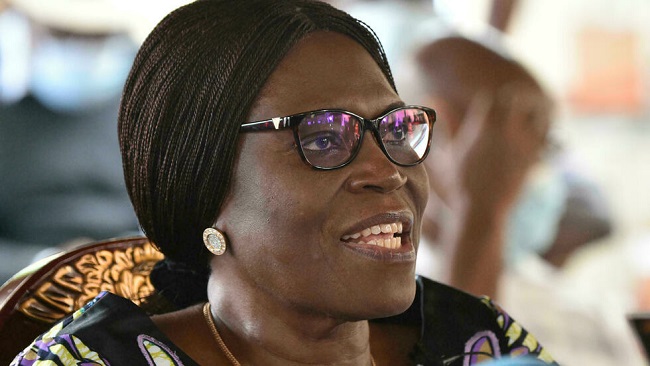 The International Criminal Court has dropped its arrest warrant for Ivory Coast’s former first lady Simone Gbagbo over post-election violence that killed thousands in 2010-2011, according to a decision made public Thursday.

Simone Gbagbo faced charges of crimes against humanity—including murder, rape, inhuman acts and persecution—following her husband’s refusal to hand over power to Alassane Ouattara, who won a 2010 election.

“The chamber considers it appropriate to decide that the warrant of arrest for Simone Gbagbo shall cease to have effect,” the court said in a seven-page ruling seen by AFP and dated July 19.

“Good news for Madame Simone Gbagbo… she can now travel freely throughout the world,” her lawyer Ange Rodrigue Dadje said in a statement sent to AFP.

In March, the ICC acquitted Laurent Gbagbo of crimes against humanity and he returned to Ivory Coast on June 17, after 10 years behind bars in The Hague, where the ICC is based, and then in Belgium.

Simone Gbagbo was not handed over to the ICC, but an Ivorian court sentenced her to 20 years in prison in 2015 for undermining state security.

She was freed on August 8, 2018 following a presidential amnesty.

President Ouattara and Laurent Gbagbo met on Tuesday for the first time in more than 10 years, after which Ouattara said that the turmoil was “behind us”.

However reconciliation was not on the cards for the Gbagbo couple—Laurent Gbagbo sought a divorce upon his return to Ivory Coast citing the 72-year-old Simone’s “consistent refusal over the years to agree to an amicable separation”.

They married in 1989 and have two daughters.