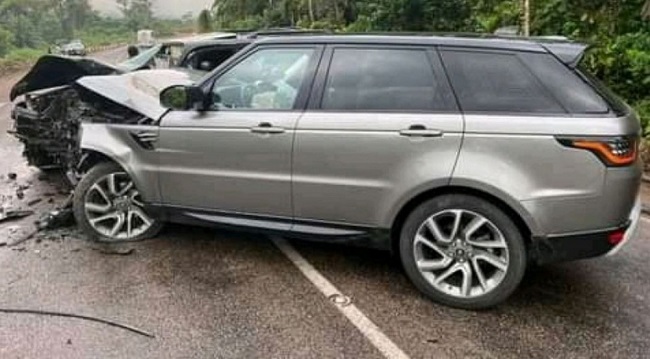 Ajax goalkeeper Andre Onana has reportedly been involved in a sickening car crash on his way to play for the Indomitable Lions in their World Cup play-off against Algeria.

Horrifying pictures show two cars smashed into each other at the front, with both bonnets destroyed and the ground covered in debris.

Onana had been travelling from Yaoundé to Douala when he was caught up in the accident but the 25-year-old has fortunately escaped unscathed.

He was headed to Lion’s training camp in Douala at the time of the incident, local media says – with no casualties reported in the collision from either vehicle.

Onana is still on course to start for the Indomitable Lions in their crucial World Cup on Friday despite being involved in the incident, it says.

A Champions League semi-finalist in 2019, Onana has been rated as one of the most exciting young goalkeepers in world football in recent years before his career was blighted by a failed drugs test.