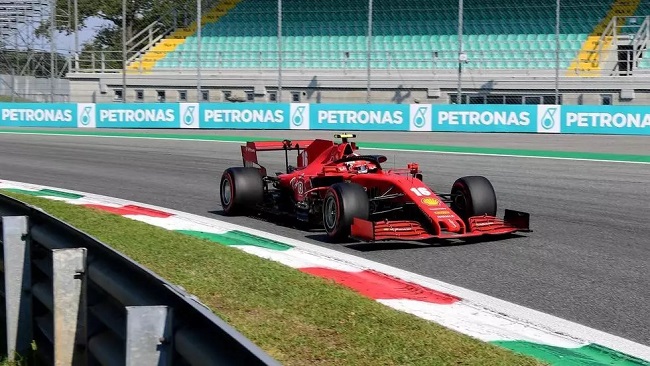 The Italian Grand Prix was red-flagged and brought to a halt on Sunday after Ferrari’s Charles Leclerc crashed heavily into the barriers after slewing off the track at the Parabolica.

The Monegasque driver was unhurt and walked away from the high-speed crash, but severe damage to the barriers required repairs.

His exit after 25 laps of the 53 followed the earlier retirement of outgoing team-mate Sebastian Vettel with brake failure.

Ferrari’s premature exit completed a miserable weekend for the most decorated team in Formula One which failed to get one car in the top ten on the grid on home soil for the first time since 1984.

Lewis Hamilton set sail from pole and looked en route to his 90th career win but the Mercedes world champion picked up a 10-second drive through penalty for pitting when the pitlane was closed.

It will leave him at the back of the pack when the race led by Racing Point’s Lance Stroll restarts.