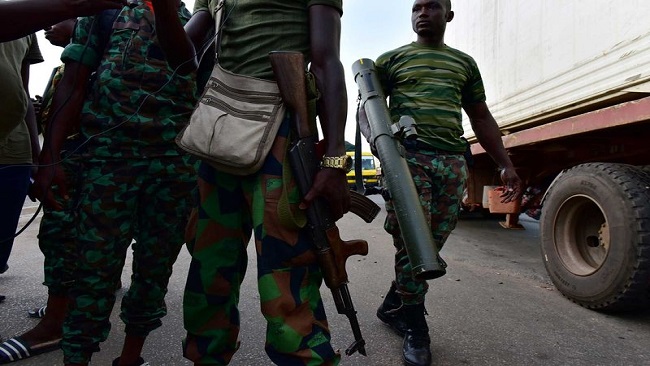 Soldiers in Ivory Coast’s second largest city looted weapons from the base of an elite military unit overnight before setting it on fire, leaders of the faction said on Wednesday.

The soldiers, who were involved in a series of mutinies last year that tarnished the image of Ivory Coast, one of Africa’s fastest growing economies, accuse the elite unit, known as the CCDO, of spying on them.

Residents of Bouake reported late on Tuesday hearing gunshots and heavy weapons fire between the rival factions, though they said the situation on Wednesday was calm after some early sporadic gunfire and businesses were operating normally.