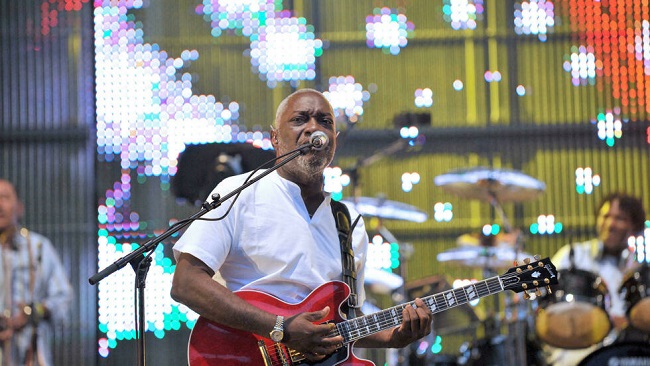 Tributes are pouring in for Guadeloupean musician Jacob Desvarieux, co-founder of the band Kassav’ who died at the age of 65 on Friday after catching Covid. He shot to fame in the 1980s with the invention of  ‘zouk’ – bringing the fast, catchy sounds of the Caribbean to the world.

Local media in the French territory of Guadeloupe announced his death late on Friday, prompting an outpouring of grief.

“A giant of zouk music. An unparalleled guitarist. An emblematic voice of the West Indies. Jacob Desvarieux was all of these things at once,” French President Emmanuel Macron tweeted.

In poor health after undergoing a kidney transplant, the singer and guitarist was taken to hospital in Pointe-a-Pitre, Guadeloupe’s largest city, on 12 July after catching Covid-19.

“The West Indies, Africa and music have just lost one of their greatest ambassadors,” tweeted Senegalese music star Youssou N’Dour.

“Jacob, thanks to your art, you brought the West Indies and Africa closer together. Dakar where you once lived mourns you. Farewell friend.”

Desvarieux told French daily Liberation in 2016 that his band Kassav’ started out in Paris as an experiment.

“We wanted to find a soundtrack that would combine all the previous (Caribbean) traditions and sounds, but that would be exportable everywhere,” he said.

And so zouk was born, rising to global fame, particularly in France and on the African continent where people partied to its festive rhythm.

“We questioned our origins through our music,” Desvarieux told Liberation. “What were we doing here, we who were black and spoke French?”

Kassav’ rose to prominence along with the increasing popularity of world music in the 1980s.

The brainchild of Guadeloupean artists Pierre-Edouard Decimus and Freddy Marshall, the band was founded in 1979 with Desvarieux, who was born in Paris and had been influenced by guitarists Chuck Berry and Jimi Hendrix.

The band’s base style is gwo ka, a kind of Guadeloupean drumming music, topped up with ingredients from all over the Caribbean and a modern twist.

Kassav’s first album was released in 1979, and the band reached its peak popularity at the end of the 1980s.

It signed a contract with the multinational CBS record label, and was praised by jazz legend Miles Davis.

Since then, zouk music’s popularity has waned but Kassav’ continues to attract crowds at its concerts.