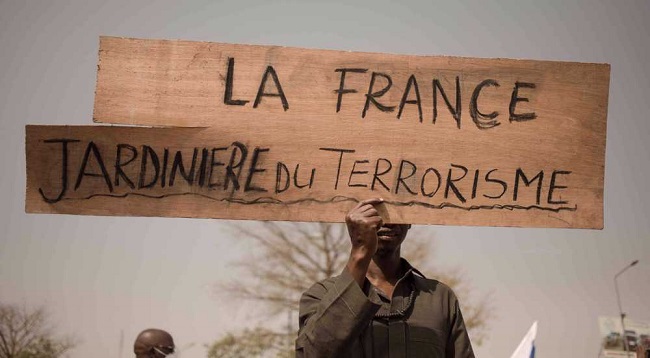 Mali has requested an emergency UN Security Council meeting as the country has accused France of violating its airspace and delivering weapons to armed groups, an attempt considered to destabilize the West African country.

In a letter to the head of the United Nations Security Council on Monday, Mali’s foreign minister, Abdoulaye Diop, said its airspace has been breached more than 50 times this year, mostly by French forces using drones, military helicopters, and fighter jets.

Malian authorities have “several pieces of evidence that these flagrant violations of Malian airspace were used by France to collect intelligence for terrorist groups operating in the Sahel and to drop arms and ammunition to them,” the letter said.

Diop called for an emergency meeting of the Security Council in his letter in order to ensure that France “immediately ceases its acts of aggression,” in the form of the alleged violations of its sovereignty, support for terrorist groups, and spying.

“In the event of the persistence of this posture which undermines the stability and security of our country, Mali reserves the right to use self defense,” he said.

“France has obviously never supported, directly or indirectly, these terrorist groups, which remain its designated enemies across the planet,” said the French Embassy in Mali in a Twitter thread.

The Malian army says that after an attack on Tessit camp one week ago that claimed the lives of 42 Malian soldiers, “clandestine and uncoordinated overflight operations” were conducted.

The letter is the latest in a barrage of accusations that have strained the relationship between the West African country and its former colonizer. On Monday, France allegedly completed the withdrawal of its forces from Mali, ending a nine-year operation in the country.

A French mission began in Mali in 2013 to allegedly counter militants that Paris claimed were linked to the al-Qaeda and Daesh terrorist groups. Accordingly, the French government deployed thousands of soldiers to purportedly prevent separatist forces from reaching Bamako.

The war caused several thousand deaths and more than a million people to flee their homes. There have been two military coups in roughly a year, amid growing demonstrations against France’s military presence.

France has been a former colonizer in Africa, and, after years of outright colonization, still seeks control over countries spread over more than 12 territories and treats their people as second-class citizens. It has had more than 50 military interventions in Africa since 1960, when many of its former colonies gained nominal independence.

As French troops were pulled out of Mali, the Malian military leaders said they invited “Russian trainers” to strengthen national defense. The swap has worried Western powers, who see their influence slipping in the Sahel.