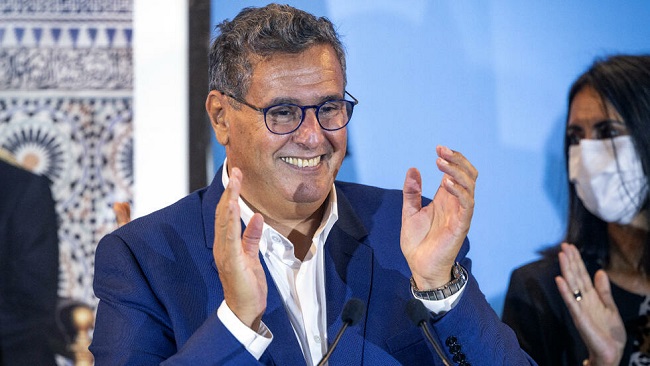 The king appointed Akhannouch “head of the government and tasked him with forming a new government”, following Wednesday’s polls, a statement from the palace said.

RNI emerged as the biggest party in Wednesday’s parliamentary election, taking 102 of the 395 seats while the former largest party, the moderate Islamist PJD, collapsed to take only 13 seats.

Akhannouch, a former agriculture minister, is one of Morocco’s richest men with a fortune estimated at about $2 billion. He has led the liberal RNI party since 2016.

Under reforms introduced in 2011, the king picks the prime minister from the largest party in parliament but retains veto power over cabinet members. In recent years he has taken back more powers within the palace walls, analysts say.

RNI is seen as close to the royal establishment and Akhannouch said in a speech after the election results were declared that he would “implement his majesty’s vision.”

Akhannouch, whose holding company operates in the fuel and gas distribution business, and was targeted by a consumer boycott campaign in 2018 over prices, has pushed RNI as a champion of social and economic reforms.

It must now build a governing coalition that can command a parliamentary majority of at least 198 seats.

The next-largest party after Wednesday’s vote was PAM, which is also liberal and pro-establishment, with 86 seats.

The PJD, whose leader Saad Dine El Otmani had been prime minister since 2017, has complained of violations in the election including what it said was vote buying by rivals.

However, after securing only 13 seats compared to 125 in 2016 it has said it will go into opposition and not seek to join the next governing coalition. Otmani and some other senior members have resigned their party posts.