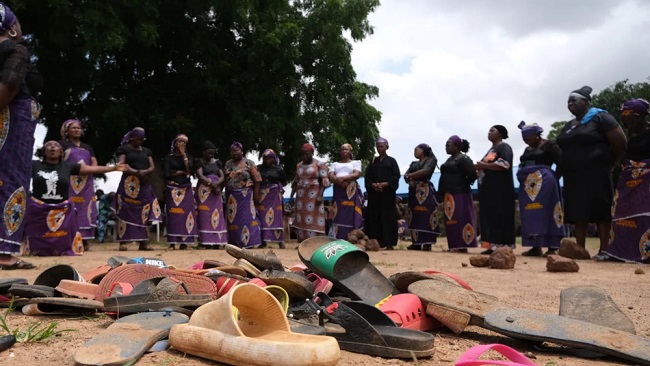 Nigeria: People in northwest made desperate by ever-increasing kidnappings 0

Desperate Nigerians are caught in the midst of a rash of abductions across the impoverished northwest of Nigeria, where thousands of bandits ask for hefty ransoms from families in return for their kidnapped children.

“We are in agony. Honestly, I don’t have anything left,” said Abubakar Adam on Tuesday, after selling his car and a parcel of land to raise a ransom to free his seven children, who were abducted along with hundreds of other students from a school in the northwestern Nigeria.

The 40-year-old tire repairman gave his three million naira (7,300 dollars) together with payments from other families in his town of Tegina to free their kidnapped children. The kidnappers took the money, seized one of the men delivering it, and demanded even more cash and six motorbikes.

Adam said they were still waiting for any sign of what happened to his children three months after the mass abduction.

Since December last year, around 1,000 students have been abducted by heavily-armed criminal gangs in different Nigerian states, with some of them having been released after negotiations with local officials and ransom payments.

President Muhammadu Buhari has advised states not to pay fees to kidnappers, saying it will only encourage more abductions. Security agencies say they are targeting the bandits through military operations.

“We are begging the government to help,” said Aminu Salisu, whose eight-year-old son was taken in the same daylight raid on Tegina’s school in May.

Salisu liquidated his own savings and sold everything in his store to raise the ransom. The owner of the school sold off half the land. Together, with the help of friends, relatives, and strangers, the people of Tegina raised 30 million naira, but that wasn’t enough for the bandits.

According to an estimate by Lagos-based analysts SBM Intelligence, Nigeria’s leading geopolitical intelligence platform, kidnappers collected more than 18 million dollars in ransom between June 2011 and March 2020.

In December last year, gunmen kidnapped 344 boys from the Government Science Secondary School in the northwestern state of Katsina during a night-time raid.

President Buhari, who promised to tackle insecurity at his inauguration in 2019, is under mounting pressure as kidnappings surge in the impoverished northwest of Nigeria.

The military is deployed to at least 30 of Nigeria’s 36 states to fight kidnappers. Security officials are concerned that they are being infiltrated by Takfiri terrorists. The northern and northeastern parts of the country have been wracked by years of violence involving Boko Haram and other affiliates of the Takfiri Daesh terrorist group.