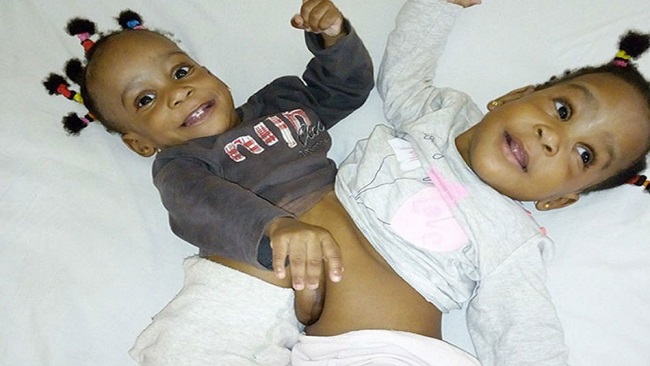 Two Cameroonian girls born as conjoined twins, separated by doctors in Lyon in November, have spend their first Christmas as regular twins out of the hospital. Bissie and Eyenga Merveille are to return home to Cameroon in January.

Bissie and Eyenga Merveille were joined by the abdomen when they were born in November 2018. Doctors in France separated them in November during a five-hour operation that involved separating their shared liver.

One of the two girls had to undergo a heart operation two weeks later, but is now recovering.

“The little girl has gained weight and is recovering,” said the hopsital and the Chaine de l’Espoir, the charities that organised their transfer from Cameroon to France, in a statement.

The twins’ mother had taken refuge in a hospital in Yaoundé, the capital of Cameroon, after being rejected by her family when she gave birth to conjoined, or Siamese, twins.

The charities took her case on, and brought her to France with the help of the Cameroonian government.

The family is being hosted in the le Val-de-Saône, where they will stay until a final medical exam before leaving back to Cameroon.