Opposition lawmakers disrupted parliament for a second day in a row Friday as tensions deepen over the government’s handling of the crisis in the country’s anglophone regions.

Lawmakers of Cameroon’s main opposition party, the Social Democratic Front sang a protest song demand parliament hold debates on how to resolve the year-long strike in the two English-speaking regions.

“We have been here for more than one year and in every session nothing is said about the crisis,” complained SDF’s Joseph Mbah Ndam, who is also vice speaker of parliament, “so we have decided today that nothing will go on here if we do not find a definite solution to the anglophone crisis.” 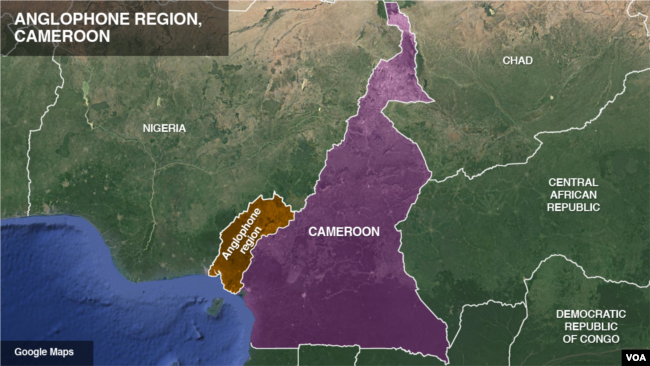 The crisis has grown increasingly violent over the past year as separatist groups have emerged. Many schools in the southwest and northwest remain shut and a strike has closed down many businesses.

French-speakers are the majority in the bilingual country, and anglophone activists say they are marginalized. Many are demanding reforms, while others want all-out independence.

Most of the SDF lawmakers hail from the two anglophone regions. They have faced threats and physical assaults for continuing to serve in the National Assembly amid the crisis.

The SDF lawmakers announced a boycott a week ago demanding the government do more to peacefully end the strike. On Thursday, they began singing to interrupt parliament proceedings.

Government ministers had come to answer questions on last year’s budget and the 2018 financial plans. Cavaye Yeguie Djibril, the speaker of the National Assembly, says he could not bear the disturbances by the SDF and called off the plenary.

He announced that the ruling CPDM majority had voted and adopted last year’s settlement bill even though no vote had taken place.

The CPDM controls 148 seats in the 180 member parliament and the SDF just 18. Political analyst Reymond Etoga says the SDF won’t be able to derail the passing of the 2018 budget, but the government should heed their calls for open debate to resolve the anglophone crisis.

“In order for us to be able to create a society where everyone can feel part of, we must understand that truth is very necessary,” Etoga noted, “and we are in a quagmire situation at this point in time because the system in place has refused categorically to be able to say this is white and this is black.”

Professor Elvis Ngole Ngole, a close aide of President Paul Biya, has been leading teams to dialogue with the populations in the northwest and southwest. “Those who felt they were excluded, I think it is genuine,” he said. ” As we continue, there will be more inclusion than exclusion because no one should be excluded because as long as there is democracy and we believe in it, as long as we are a republic we will keep on talking to one another and that is dialogue.”

However, government overtures at dialogue have also been coupled with a crackdown. Following violent unrest last December, troops were deployed to the anglophone regions and the internet was cut for three months. The government has released several dozen people detained for months over the strike. Activists say more remain behind bars and must also be released before any dialogue can take place.