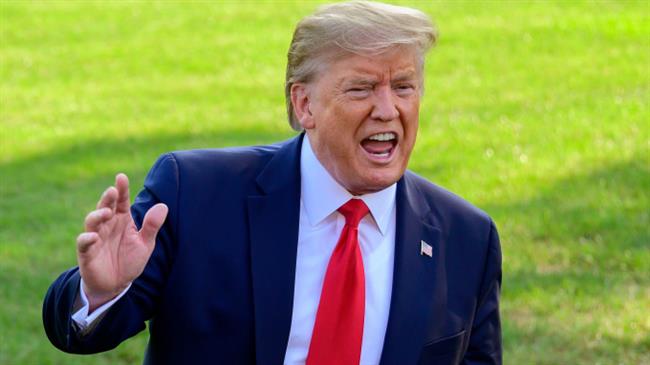 US President Donald Trump has once again threatened to strike Iran “harder than they have ever been hit before” using what he called “by far the BEST in the World” military equipment.

Trump made the threat on Twitter hours after he threatened to hit 52 Iranian sites if the Iranians attempted to take retaliatory action against the US for the assassination of a senior military commander.

Major General Qassem Soleimani, the commander of the Quds Force of Iran’s Islamic Revolution Guards Corps (IRGC), and Abu Mahdi al-Muhandis, the second-in-command of Iraq’s Popular Mobilization Units (PMU), were assassinated in US airstrikes in the Iraqi capital Baghdad on Friday.

Trump’s threats came after Iranian authorities said they would show a harsh response to the US strikes.

In his new tweets, Trump said that the US would use “brand new beautiful equipment” to hit the Islamic Republic “without hesitation.”