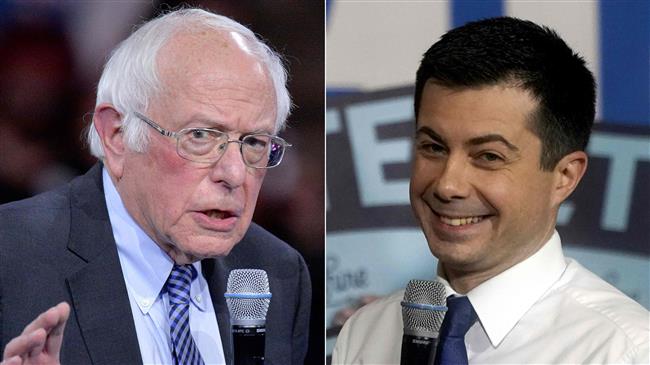 Race for the White House: Buttigieg gets most delegates, Sanders comes in second in Iowa 0

Former South Bend, Ind., Mayor Pete Buttigieg takes the lead among other rival candidates in Iowa’s caucuses, according to an announcement late Sunday by the state Democratic Party.

Buttigieg was officially awarded the most delegates from last week’s Iowa’s caucuses after a recanvass of 55 precincts was completed, holding a 0.1% lead over Vermont Sen.Bernie Sanders in the state delegate equivalent count.

While Buttigieg will get 14 delegates from the caucuses, Sanders will receive 12, according to the Iowa Democratic Party’s website.

Meanwhile, no other candidate received a double-digit number of delegates, showed the updated results.

However, major broadcasters have not yet declared an official winner from Monday’s caucuses because of confusion resulting from the vote-reporting process.

In the first batch of long-delayed results from the chaotic Iowa Democratic Party caucuses released on Tuesday, Buttigieg was leading with about 28 percent of the delegates and Sanders came second with 25 percent.

Both Buttigieg and Sanders had claimed victory earlier in the day long before the actual results came in.

The results were published nearly 21 hours after Iowans cast their ballots, with officials blaming inconsistencies related to a new mobile app used for vote counting for the unusual delay in the Midwestern US state.

Republicans questioned the Democrats’ capability to run the country if they could not conduct a caucus, while President Donald Trump mocked the Democrats on Twitter and called the delay an “unmitigated disaster.”

Before the results were released, campaign aides for Biden had cited gross failures in the caucuses. The caucus kick-starts the five-month process of picking a challenger to the incumbent Republican president.