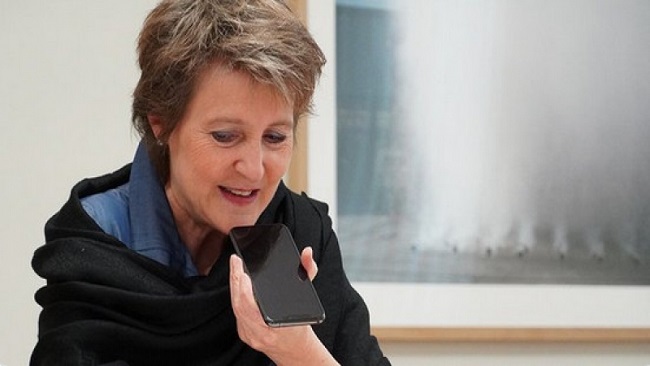 The President of the Swiss Confederation, Mrs Simonetta Sommaruga has said on her Twitter account that she had a telephone conversation with the French Cameroun dictator Paul Biya on the 14th of May 2020 on the crisis in Southern Cameroons and the coronavirus pandemic.

She reiterated to the 88 year-old leader, her country’s willingness to accompany Cameroon in the search for a peaceful solution to the crisis in Southern Cameroons.

“Happy to have had an exchange of views today with President @PR_Paul_BIYA on health and humanitarian cooperation in Cameroon and on Switzerland’s commitment to finding solutions in the North-West and South-West,” the Swiss official tweeted.

Correspondingly, the Swiss government reportedly tried in the past to initiate negotiations between the Cameroonian government and the English-speaking separatists. But the initiative has met with a stone wall from both sides, who are sticking to their positions.

According to NGOs, the war in Southern Cameroons has caused at least 3,000 deaths and more than 700,000 displaced persons and refugees.