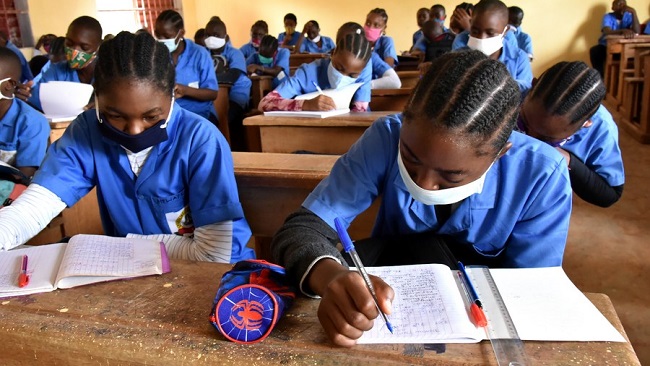 Schools at the heart of Cameroon’s separatist conflict 0

Schools are “weapons of war” in a separatist insurgency in Cameroon’s two Anglophone regions, but the massacre of eight young children in class last week brought a new level of horror.

Since violence erupted in 2017, the kidnapping of youngsters, attacks on teachers and the destruction of schools have been frequent in the western part of the mainly French-speaking country.

Secessionist groups kill civilians, while the army is also known for brutal attacks on non-combattants in its drive to crush forces seeking a breakaway state.

On October 24, gunmen on motorbikes rode up to a bilingual school in the town of Kumba and opened fire on girls and boys aged between 12 and 14.

At least eight children perished and about a dozen more were wounded and taken to hospital, according to the UN Office for the Coordination of Humanitarian Affairs.

“The school is used as a weapon of war in this conflict,” Ilaria Allegrozzi, regional Central Africa researcher for Human Rights Watch (HRW), told AFP.

“The separatists don’t want the children to be in the schools, institutions which they equate with central authority,” she said.

“Most of the teachers appointed to the Anglophone regions are Francophone,” Allegrozzi added, in a country where French is used by a majority. The English-speaking regions are a post-colonial heritage.

Syllabuses for history and civic education lessons are seen as biased instruments of government policy by separatists, who have in recent years introduced a strategy of school boycotts.

In November 2019, the UN Children’s Fund (UNICEF) reported that some 855,000 children were not attending school in the Anglophone regions.

About 90 percent of state-run primary schools, totalling more than 4,100 establishments, and 77 percent of the state-run secondary schools were not functioning or completely closed down, UNICEF found.

The start of the new school year on October 5, 2020, was markedly different.

“The government and Anglophone civil society put a lot of pressure on the separatist groups to let their children go back to school, and schools that had been closed for years began to reopen,” said Arrey Elvis Ntui, the senior researcher in Cameroon for the independent International Crisis Group.

“After three years of almost total school shortages, people began to believe again in the institution, the classrooms were packed,” said Jacques Ebwea, a political analyst based in Buea, the chief town of the Anglophone Southwest region.

“It was a success. Unfortunately, Saturday’s attack will dampen the enthusiasm of many people,” he added.

Blaming separatists for the killings, Communications Minister Rene Emmanuel Sadi declared that “the goal of the secessionists is to break the momentum observed in the resumption of classes for the 2020/2021 school year in the Northwest and Southwest regions, and thereby dissuade parents from sending their children to school.”

On Tuesday morning, false rumours of new attacks spread panic at schools in Limbe and Buea in the Southwest, where frightened pupils tried to flee the premises while their scared parents were rushing to fetch them.

“I don’t know if I’m going to send my child back to school,” said Desire, a resident of Kumba. “If the situation deteriorates any further, I will send him elsewhere, to Douala or Bafoussam.”

Both towns are on Francophone territory and Douala, a big city and port, is the economic capital of the country.

“There is general panic in the area,” said Semma Valentine, a teacher in Bamenda, the capital of the Northwest region. “All parties concerned in the conflict are to blame for this situation.”

“Parents must have the courage to send their children to school, but we also need the government to guarantee the safety of these establishments.”

Stephen Afuh, chairman of the Presbyterian Education Authority Teachers Trade Union (PEATTU), warned that “what happened in Kumba could happen anywhere at any time.”

He remarked on the difference between urban areas and the rural ones where many schools could not reopen.

“To ensure security in schools, the government should call a ceasefire, recognise its mistakes and open a dialogue between all parties to examine the causes of the conflict and to find solutions together,” Afuh said.

Confronted with Saturday’s attack, a “deeply outraged” government chastised the Mother Francisca International Bilingual Academy in Kumba for reopening without authorisation, which meant that it “could not benefit from the same protective measures as other places of learning”.

In Cameroon, nevertheless, it is common practice for schools to open without the required authorisation.

“Keep the schools open, make sure they have the authorisations to function,” Secondary Education Minister Pauline Nalova Lyonga said in English during a visit to the site.

“The school that works will guarantee our joint existence.”