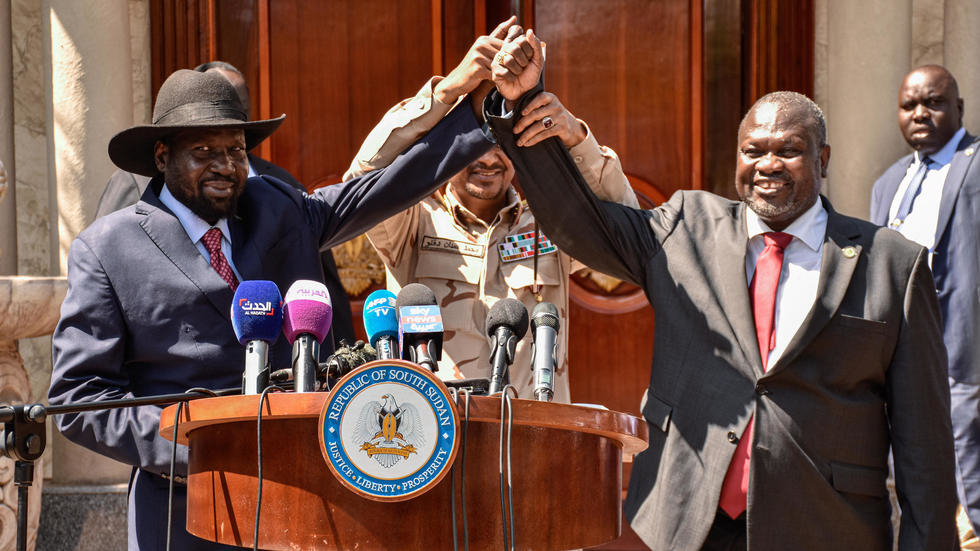 Kiir had initially said his longtime rival would be sworn-in on Friday, after the two men finally agreed to form a long-delayed unity government — a crucial step towards ending more than six years of war.

However Information Minister Michael Makuei told AFP that the oath had been pushed back to Saturday.

“Today (Friday) his excellency the president will issue a presidential decree for the appointment of the vice presidents and the dissolution of all institutions at national and state levels,” he said.

Machar is to be the first of five vice-presidents in a bloated cabinet to accommodate various warring parties.

But aside from Machar, consensus has only been reached on three other deputies.

“The vice presidents will take oath tomorrow and thereafter we will continue to process the appointments of the cabinet and appointment of the governors of the 10 states and three chief administrators of the three administrative areas,” said Makuei.

Saturday is the third deadline for the formation of the unity government which was agreed upon in a September 2018 peace deal, but pushed back as crucial issues had yet to be dealt with.

Key among these were the delineation of state boundaries, formation of a unified national army and security arrangements for Machar, who has been living in exile since 2016.

A last-minute deal on the number of states was achieved, although little progress has been made on the other issues.

The leaders have come under increased pressure in recent weeks both from regional heads of state and main donor, the United States, to form the government.

A compromise by Kiir to cut to 10 the number of states, which he increased unilaterally to 32 after independence, was seen as key in moving towards the creation of the government.

However the opposition remains reticent about an additional three “administrative areas” pushed through by Kiir.

Machar spokesman Manawa Peter Gatkuoth said the two men would “continue to solve the problem” after the government is formed.

“This is a major step forward, if indeed they form the government as they say,” Alan Boswell, a South Sudan expert with the International Crisis Group (ICG) told AFP.

“Kiir’s compromise on the states issue paved the way for the two sides to finally move forward, even if the parties have much more to work through in the coming weeks, months, and years.”

Several heads of state are expected to attend the inauguration, although no names have been confirmed.