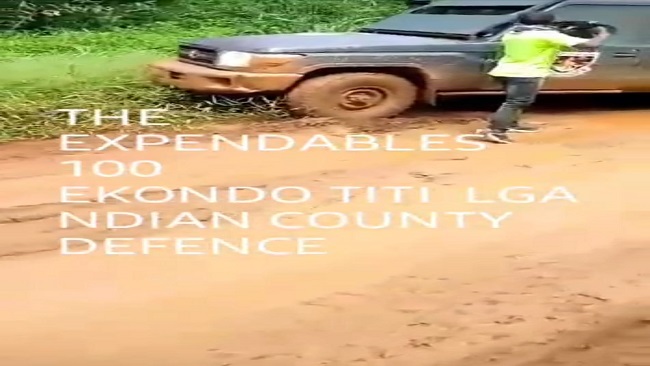 Cameroon Concord News gathered that two other servicemen were injured in the fight.

The Anglophone regions’ relatively quiet start to 2021 was shattered in March by an intense series of IED attacks. Marking a new development in the Cameroonian conflict that has simmered for four years, at least one harrowing new video emerged every day. Each showcased the same pattern: the lumbering roll of a military convoy down a muddy forested road; the explosion underneath a lightly armoured Toyota; the immediate covering fire laid down in anticipation of an ambush; and, eventually, a silence punctuated by the cries of the wounded.

Improvised explosive devices (IEDs) have been used by separatists in the Anglophone conflict since at least late-2018, but the tactic has now reached maturity. Extensive video evidence reveals increasingly sophisticated use of the explosives, including the deliberate targeting of the army’s least protected vehicles, remote detonations, and the use of multiple IEDs. These attacks have been more frequent, more deadly and, most importantly, have not stopped.