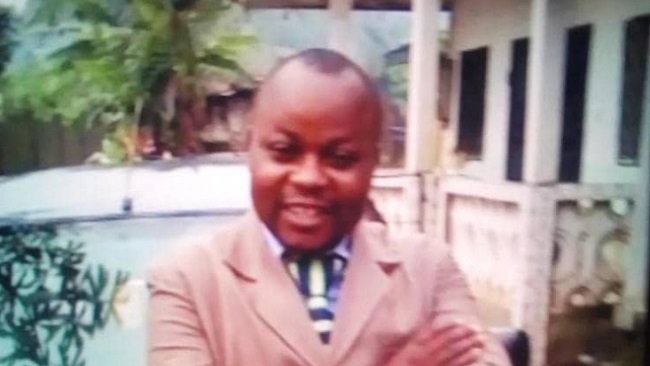 Amah Franco Anchebe, a physics and mathematics teacher at GSS Bawum in Bafut was killed by a stray bullet in his house in Alabukam in Bamenda.

Cameroon Concord News gathered that the bullet came from an altercation between Ambazonia Restoration Forces and soldiers loyal to the regime in Yaoundé in the Mankon district not far from the road to the Bamenda airport.

The French Cameroun governor Adolphe Lele Afrique reportedly summoned a meeting grouping the so-called security heads and reassured the population about the security situation in the Northern Zone of the Federal Republic of Ambazonia.

Southern Cameroons have seen an escalation of insecurity in recent days. Cardinal Christian Tumi was kidnapped and then released by armed men. The traditional ruler of Liwu Lawale in Buea was recently assassinated. And the most appalling is the massacre of 7 children during an attack on a school in Kumba in the Meme County by armed men working for Minister Paul Atanga Nji.