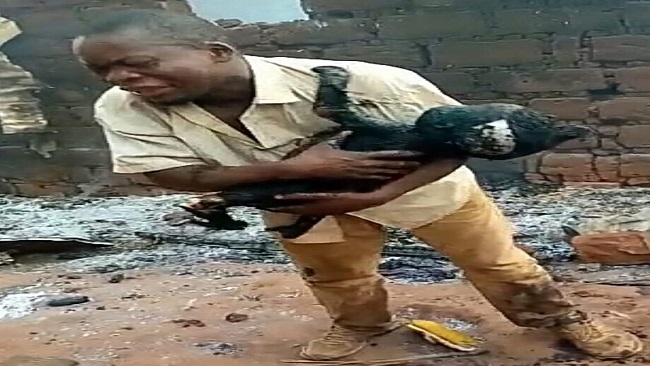 Southern Cameroons Crisis: Bodies of troops, Amba fighters and civilians in the streets of Batibo 0

The streets of the Batibo district in Southern Cameroons were deserted Tuesday following three days of clashes between government forces and Amba fighters. Both sides say they inflicted significant losses on the other, while witnesses report seeing the bodies of troops, rebel fighters and civilians.

Civilians said an uneasy calm reigned in the Batibo district, located in the Northwest region.

“People cannot go to their farms, shops are sealed, markets are sealed and traders are running away for their safety. Houses are burnt down and the population suffers, so the fighting between the military and the separatists are causing much havoc to the population,” he said.

The Cameroon military said Tuesday that 17 separatist fighters were killed in three days of fighting in Batibo.

The military said an additional 18 fighters were captured in Bambui, Batibo and Noni, all towns in the Northwest region. The military also said it destroyed or seized weapons, locally made explosive devices and several dozen motorcycles used by the separatists to attack government troops.