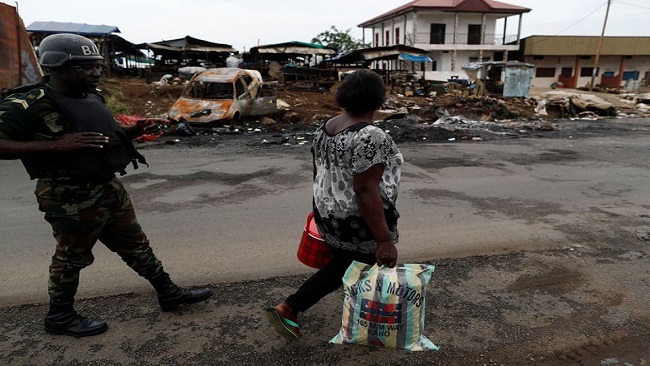 Fighters from the Ambazonia Restoration Forces successfully dislodged Cameroon government troops from a base in Menfung in the Ngalim district after a gunfight.

“The Amba fighters killed five soldiers and injured several others in the attack on the base,” a military officer told Cameroon Concord News.

The Ambazonia Restoration Forces sacked the base, forcing troops to withdraw in disarray, hinted another military officer, who gave Cameroon Concord News the same toll.

We gathered that so far 22 army soldiers have returned while 32 are still missing and are presumed to have escaped the attack.

Yaoundé has reportedly launched a search and rescue operation to locate the missing soldiers.

The Marines of Bambalang have also released a video of the attack which is attached to this report.