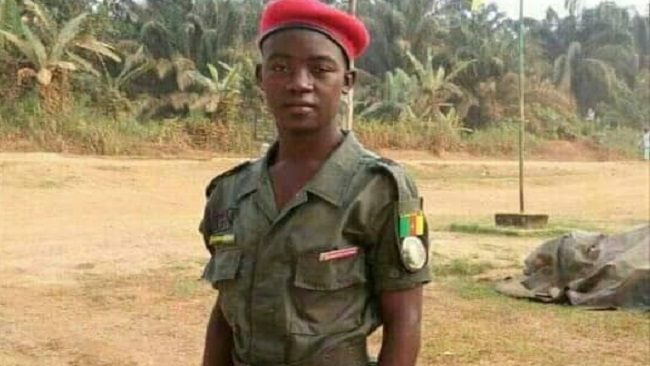 Over the last years, the government has been organizing army recruitments in the South and it has been using money and fake promises to lure children, most of who are from poor families in the South region.

Though being a signatory to many conventions against the use child soldiers in wars, the Yaounde government has continued to violate these conventions by recruiting underaged boys and girls into the military with the objective of sending them to the two English-speaking regions of the country where a violent insurgency is playing out.

This is a violation of international law.

This is a 14-year-old soldier “Gaston from the South”, a child soldier recruited by the military because he was unemployed.  The older boys are refusing to join the military for fear of being killed in Southern Cameroons.

According to a source at the ministry of defense, some 2,100 soldiers have lost their lives in Southern Cameroons and this number does not include police officers and warders.