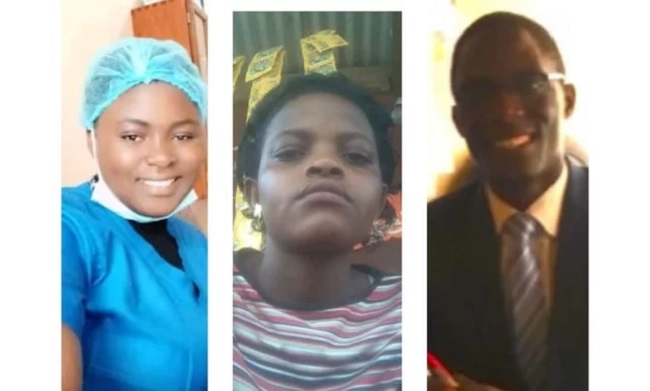 The administrator of Banso Baptist Hospital (BBH) Jean Sama and two nurses, Teyeah Relindis (a scrub nurse) and Teba Carine, an advanced practice nursing assistant (APNA) are currently being held by elements of the Cameroon government military  deployed to Kumbo for treating people considered as enemies of the state.

A sister publication Cameroon News Agency reported that the three were taken by the Francophone soldiers on September 22nd to an undisclosed location.

They are accused of treating wounded separatist fighters and it is not yet clear whether they are safe and in good physical conditions.

On September 4, separatist fighters who were receiving treatment in the hospital were dragged out of the wards and shot in front of the same hospital:

Elsewhere in the report, CAN also revealed that last Saturday, drugs which left BBH for the Ndu Baptist Health Center were seized by soldiers loyal to the Biya regime in Yaoundé.

The BBH is a hospital of the Cameroon Baptist Convention (CBC) which is a church and is a non-partisan, non-political organization that offers medical care to everyone as an expression of Christian love.

Wounded Cameroon army soldiers have also been treated (and continue to be treated) at BBH and all other Baptist health facilities operating in the embattled region:

BBH staffs are planning to go on strike if the hospital administrator and nurses are not released. The repercussions for this could be catastrophic as BBH and its satellite health centers – are the lifeline for people with terminal conditions such as HIV, cancer or diabetes and a strike would affect them seriously.

By Fon Lawrence in Bamenda with files from Cameroon News Agency