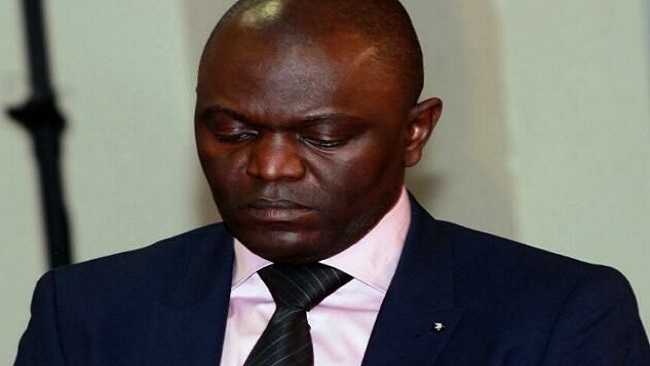 I think it’s a good thing that we are able to operate and rebuild quietly to the point of being classified as having abandoned the fight for our own freedom. I cannot speak for all those whose photos appear on that tabloid… The noise and attention was not helping especially coming from our own ranks and from people we had thought were comrades and who truly wanted to see a veritably Free Southern Cameroons. Time and experience has taught us all lessons. Now cannot be a free for all ride as it was in the past…and so whatever we do must be done with tact and a ruthless determination not to let the ball out of our sight again. And because we do not pull the crowd is significant reason to believe that one has abandoned the struggle.

True many who joined the struggle with a lot of enthusiasm have quietly dropped off out of frustration and shock at what people turned out to be. One cannot fault some as we ended up being our own worst enemy. Many came in good faith but could not stand the filth, especially in the realization that some of our brothers were no better than the enemy regime we are fighting against. As a result they have quietly faded away with all their brilliant ideas, experience, expertise and goodwill.

Then there are those who had expected quick gains and positions. Were quick to take short cuts and betray ideals, thinking that Buea was just a stone-throw away. These ones would indulge in all kinds of deceit and mudslinging with the hope that by eliminating perceived rivals, they would have a smooth sail to Buea. They were instrumental in destroying the social cohesion that was being built, creating enemies where we should have made friends. And then realising that this is going to be for the long haul and they have quietly exited. We will have to live with that reality.

And then the group that joined because of the thrill of it, blewbwith every wind regardless of the direction. Saw the struggle as a path to build social capital and fanfare. In fact some demanded salaries as they thought those in charge were making a living off the struggle. But with thrills come exhaustion especially when when you are standing on the stage and realise that the audience has dwindled. Now with a struggle evidently lacking vision, a clear leadership and a concrete action plan, the thrill has died and they have quietly gone back to their day jobs. That’s why one notices an almost dead social media with increasing propaganda coming from sponsors of the regime instead of our own narrative to educate our people.

And finally the third group of people who joined because they. were hungry and angry. My political mentor had taught me one great lesson. He said “Be careful of hungry revolutionaries. They are often very radical, advocate unnecessary violence as a means of showing off their commitment to the revolution. But it is when the hunger goes, and jaws fill out that you can tell if they are truly revolutionaries or hungry mouths that were spewing angry words”. With the struggle, they managed to find new pastures, moved to new countries, got better jobs and started a family…in the process quietly exiting the scene. Their priorities have changed and that is life. All liberation struggle have gone through these.

In the midst of all this chaos and confusion, we must always be reminded that many did not join for positions and for fanfare. As my mentor said, always be on the lookout for people who have achieved everything in life but chose to sacrifice risk those achievements for the greater good. When I look at the newspaper caption, I think it is an embarrassment to have someone like Hon. Wirba in the same sentence as some of the greedy comedians one has come to know over the years (and I’m not saying everyone on there is a greedy comedian. I can identify one or two other comrades for who whom I have a lot of respect). Wirba is someone who could have selected to quietly frolic and have a comfortable life with the regime but chose to stand up and shout when others were still whispering. In the process went on exile and discovered the true face of some of our people in the diaspora. But such are revolutions. You cannot eat omelette unless you break eggs. There is a price to be paid for every decision you make and sometimes that price is being ridiculed and reduced to the same pedestal as those you would normally not share ice cream with. He must take it in his stride.

Anyway whatever the routes we have all taken, my appeal goes out to the true fighters and believers of our liberation struggle. We must never let a few rotten potatoes spoil the whole pack. We cannot afford to walk away completely when we have our comrades in prison who are paying the price on behalf of us all. When we have children who have been deprived of a normal childhood for over 5 years. There are tens of thousands in foreign lands living as refugees and asylum seekers. And now we are having cases of comrades committing suicide because we abandoned them in hunger and frustration. We have boyses who are in the bushes fighting without equipment, with no political education, have received no training and being killed through the greed and selfishness of those who would rule hook or by crook, by pitting them against each other. These are our brothers, our nephews and our sons. We all have relatives among these boys and therefore cannot afford to look the other way.

Finally there are our brothers, sisters, fathers and mothers who have lost their lives as a result of our struggle to live as a free people. That is true sacrifice and no true freedom comes without sacrifice. What would be most painful is to wake up one morning and realise that we made all these sacrifices in vain…and that we quietly resigned ourselves to our SPECIAL STATUS as glorified slaves in a system that clearly has marked us for the democratic and diplomatic abattoir. Whenever we think of giving up, we must remember that this is not another job from which you can just resign and get another job tomorrow. This is not changing the school of your children because you don’t like the face of the teacher. This is not a decision to change your church and become Pentecostal because you think the catholic church preaches boring sermons and offers no prosperity sessions. Given what some of us have been through since the start of this liberation struggle, the easy way out should have been to down our tools and run long ago. But abandon it to where? To what? A new job? A new car, new school?

THIS IS ABOUT MY EXISTENCE, MY IDENTITY, HOMELAND There are things you cannot abandon. You push on until you succeed. We will triumph or Die trying!