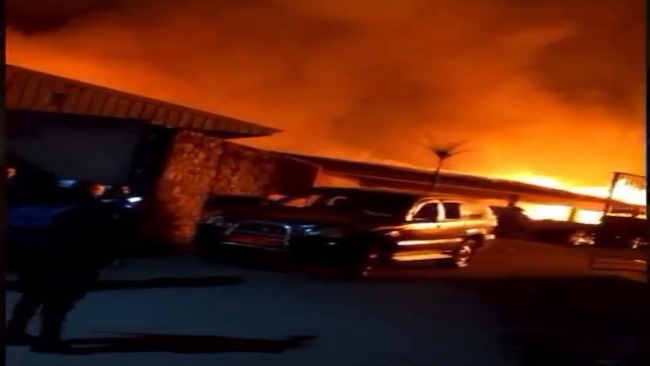 Cameroon government soldiers in Mamfe the chief town in Manyu Division used fuel from the base of an elite military unit in Besongabang and setup the entire Mamfe Divisional Hospital on fire, local leaders in Banya Quarters said on Wednesday.

The soldiers, who were responding to a series of attacks on their checkpoints by Amba fighters, accused the medical staff of the hospital of helping wounded fighters and also for spying on them.

Residents of Mamfe reported late on Wednesday hearing gunshots and heavy weapons fire between Amba fighters and Cameroon government army soldiers around GRA area, though they said the situation was calm after the entire hospital had been ravaged by fire.

Cameroon Concord News gathered that when the hospital was set on fire many patients undergoing treatment ran for their lives.  There were no immediate reports of any casualties.

Residents of Mamfe have described the attack on the hospital and other houses adjacent to the hospital as the biggest so far carried out by elements of the Francophone dominated Cameroon government army.

During the attack, the Francophone soldiers burnt down the office of the chief medical officer and the main buildings of the General Hospital.

Since the attack, many persons have been reported missing while families have been separated and in disarray.