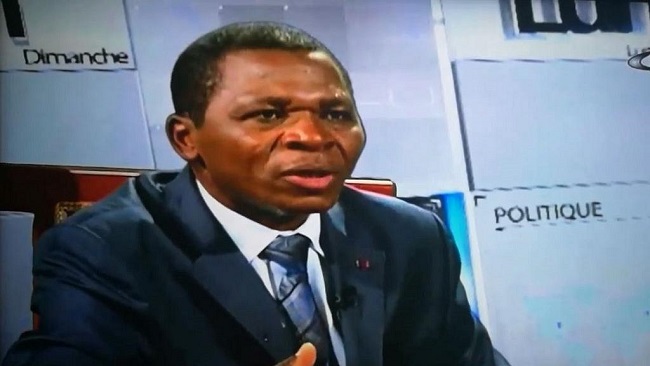 The fighters on the ground are people who hold that they have nothing to lose. They have already lost everything. Their dignity is gone. Their future has been ruined. And some have lost their families to this unnecessary war.

However, it is also important to mention that arresting chiefs and Fons, does not give the revolution a good name. South West chiefs just like their North West counterparts are not against the revolution. They cannot openly state their disagreement with what the government is doing.

It is therefore absurd to kidnap them. They are Southern Cameroonians to the core. However, they must always do their job. They are public servants and they must pay allegiance to the government that pays them.

For the government, it has a lot to gain. A restoration of peace across the country will enable it to have total control of its territory and resources. The existence of armed groups robs it of its revenue sources.

The Southern Cameroons crisis has hit the Yaounde government like a ton of bricks. The country’s economy is suffering. Its Automatic Teller Machines (ATM) seem to be out of service. State corporations located in Southern Cameroons are already feeling the heat.

Pamol, a palm oil production corporation located in Lobe, a small town in Ndian Division, has finally shut its doors as the fighting between Southern Cameroonian fighters and army soldiers takes a turn for the worse. This revenue stream has stopped flowing and Yaounde is really ill-at-ease.

Pamol’s closure is bad news for the government. More than three thousand Pamol workers are today unemployed and living in permanent fear, as the fighting between the warring factions rages on.

Schools and courts in the region have been closed for almost two years and it is increasingly obvious that the Yaoundé government has lost control of certain parts of the two English-speaking regions.

But it is not only Pamol’s closure that is causing the government nightmares. The Cameroon Development Corporation (CDC), one of the country’s major employers, is also going through a rough patch.

Some of its factories have closed shop, while the fighters have deliberately set some of its infrastructure ablaze as part of their economic sabotage campaign. Malende, a small town located some 6 km from Muyuka, has witnessed huge unemployment rates. The corporation’s rubber factory was set ablaze sometime last month by some unidentified men and this has hit CDC like a ton of bricks.

In other plantations, many workers have simply deserted. The fighting is disrupting economic activities in those plantations and many workers hold that it is better to quit than be caught up between the devil and the deep blue sea.

The fighting, coupled with the derisory salaries the corporation pays to its workers, has made CDC unattractive and this is gradually eroding the government’s tax base.

Similarly, government revenue has taken a nosedive, as the national oil refinery located in the Southwest region is also facing some major challenges. While falling global oil prices are spreading pain and suffering among oil exporters, the declining oil output and constant attempts by Southern Cameroonian fighters to bring down the country’s lone oil refinery are leaving the government in a huge messy economic quandary.

The crisis is a true nightmare to this once-upon-a-time oasis of peace. It is, indeed, a millstone around the government’s neck. Things might soon spiral out of control as the fighters threaten to attack SONARA at the slightest opportunity. They argue that they have never gained from the oil and that it will be better for everybody to suffer the consequences of the government’s recklessness.

These planned acts of sabotage do not augur well for a government that is already on its knees. It is already having a tough time paying civil servants and this is causing fear among the civil servants, especially the military, many of whom want to desert and seek a better life for their families abroad.

The government has a bigger crisis on its hands. It had not properly analyzed its decision before implementing it. It is gradually recognizing that declaring war on its own people is a big mistake, as the impact of the war is spreading into East Cameroon. With a large influx of internally displaced people into East Cameroon, housing and food have become very expensive in those cities receiving the internally displaced.

Douala and Yaounde have been home to most of this internally displaced people and these two cities lack the proper infrastructure to handle such situations. And the situation is declining very fast.

Declining oil revenues and falling production of some of the country’s major employers like CDC and Pamol implies that the government is heading for a financial squeeze. This is exactly what is causing frustration within the government. Many development projects have been suspended due to lack of resources.

Cameroon is indeed at the crossroads. With elections around the corner and the fighting in the English-speaking regions raging on, it is clear that a disaster is lurking somewhere and before long the country could be transformed into an inferno.

The frustration in East Cameroon is also mounting, as many people fall into abject poverty. It is becoming increasingly clear that Mr. Biya is not the man to lead the country to the land of promise. His time is up and there is a consensus around the world that he has overstayed his welcome.

It is time for him to bow out if he does not want the country to sink into a bitter civil war; the type that has destroyed many African countries ruled by dictators. The scourge of war seems to be advancing towards Cameroon and many people around the world are worried that if the Sword of Damocles descends on Cameroon, the entire sub-region might be pushed into unprecedented chaos.

It is therefore in the government’s interest to change its language. Speaking the language of peace is not a sign of weakness. Atanga Nji must understand that he will never win this war. If he thinks that he will be going to Washington, Houston, Atlanta, Dallas, London, Ottawa, Montreal, Toronto and other cities around the world to kidnap Southern Cameroonians living there, then he has not yet figured out the full extent of the government’s previous mistakes.

The government had underestimated the will of the people of Southern Cameroons to right the wrongs of the past. For many of them, their fate is worse than death and they have very little time to be around this planet. They want to establish their own country and even ensure that future generations do not deal with such time-consuming and energy-sapping challenges.

The fighters are, of course, receiving huge support from the Diaspora that has transformed this issue into an opportunity for its strength and influence to be felt. With some 4 million Southern Cameroonians out of the country, it is likely that more money will be flowing to Cameroon to feed the war that has rushed many young men and soldiers to an early grave.

Today, that Diaspora has reduced the Yaounde government to a symbol of mockery. The Diaspora is financing the war in the country and it is willing to bring down the entire country. Gradually, the Francophone Diaspora is also joining in. Francophones now know that if the current system is not brought down, their own children will be caught up in a pretty mess, as Southern Cameroonians already have a foot out of the fake union that was put together by Ahidjo, Foncha and Muna who are all dead and gone.

If the government wants to address this issue, then it has to change its language. The current language is not delivering the desired results. It must also understand that it must make lots of concessions if it wants peace to return to the country. There are many lessons for the government to learn. This situation should leave it a sadder, but a wiser government.

It must never underestimate the power and will of the Diaspora. The Diaspora will continue to destabilize the country if the government does not seek genuine reconciliation through inclusive dialogue. The ball is in the government’s court.  The Diaspora holds the trump card. Its vast resources and influence over the fighters make it a partner in any negotiations. The government has to meet the Diaspora halfway if it is thinking of peace.

Any Dialogue will not take place in Cameroon. The Diaspora holds that the government is not worthy of its confidence. Washington or Ottawa have therefore been chosen as the place for any talks. The Canadian government, in particular, will be willing to mediate.

Canada is noted for its peace-keeping and peace-building initiatives across the globe. It is therefore the right peace-broker in this situation. It has lots of lessons for Cameroon as it has once dealt with a similar situation. The government must come out of its current position. Grand-standing and posturing will not make things better. Humility and recognition of its mistakes will calm down tempers.