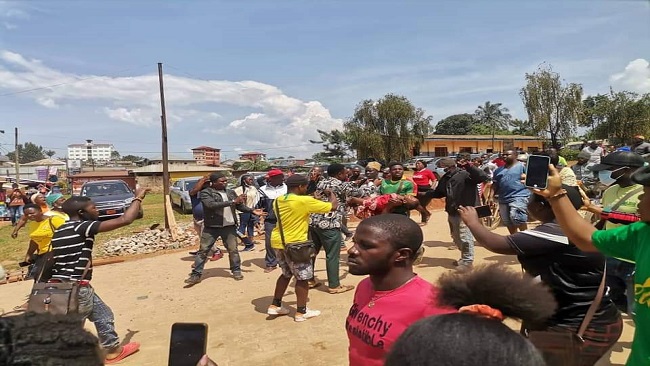 There was fear and apprehension at New Road Mile 2 Nkwen in Bamenda today Friday, when a Francophone policeman shot dead a 7 year-old girl Tataw Brandy who was heading home from school. The killing of the girl sparked off heavy protest as youths in the area gave the patrol team a hot chase, forcing the police to abandon their vehicle and flee the scene.

A witness said the police officers were stopping drivers of vehicles and demanding CFA 500 at a checkpoint in the Dreamlike Bar area and one of the officers reportedly opened fire and a stray bullet hit the young girl.

Cameroon Concord News gathered that the killing of the girl sparked off serious protest by an angry mob that chased after the policemen who fired randomly to scare people away, and they escaped but abandoned their patrol vehicle.

Today’s incident brings some sad memories of the killing of a five-year-old girl by another Francophone gendarmerie officer in Buea last month.