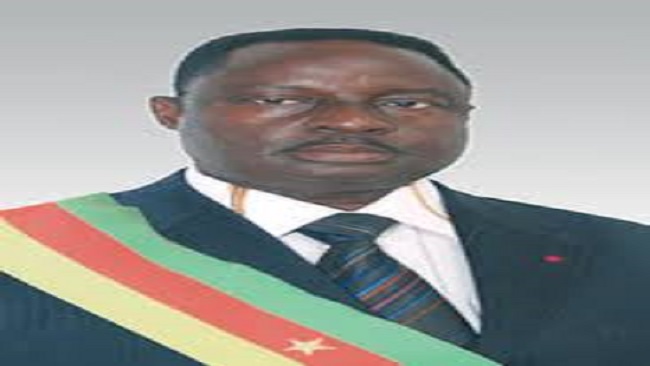 Southern Cameroons Crisis: The SDF is no more! 0

The Social Democratic Front, the so-called main opposition party in Cameroon has come to the end of its political mission and the party is in a complete shambolic situation. This week only have seen the SDF party and its leader, Ni John Fru Ndi slapped from pillar to post due to the party’s poor handling of the crisis in Southern Cameroons.

The SDF party has been rocked with a series of crises and it is hard to say who really has legitimate authority following too many inconsistent signals from Hon Joshua Osih, Chairman Fru Ndi and sometimes Hon. Joseph Mbah Ndam.

However, the latest downward trend is an indication that even Ambazonians from the Northern Zone who over the years gave their all to the SDF have now gotten enough of Fru Ndi’s Machiavellian politics rich in bribes from the Biya Francophone Beti Ewondo crime syndicate in Yaoundé.

But what has really screwed the SDF is the Southern Cameroons Crisis that has made Ambazonians to now see themselves as one person. The Ambazonia Interim Government banned elections in Southern Cameroons and the exiled leaders are ready more than ever before to implement that decision come February 2020. This has created an atmosphere of fear and panic with several SDF MPs and Councilors quitting the electoral process convened for early next year.

Reacting to the prevailing situation, Hon. Dr Awudu Cyprian let the cat out of the bag – it can no longer be business as usual. The much respected SDF MP stated that “I shall not seek re-election into parliament in the legislative elections slated for the 09th of February 2020: Given that I have decided to put your safety-the safety of all my constituents first, before or above my personal political ambition of staying in parliament.” he says.

But such is the state of shock in the SDF party that Dr Awudu furthered in paragraph 2 of his letter to the SDF National Executive Committee that “I must not go back to parliament under the current circumstances walking on the blood and in disrespect of all my constituents who have lost their lives in the civil war.”

And, for the first time ever since its creation in 1990, the SDF will not be able to get anyone among its dirty ranks to rally Ambazonians. Chairman Fru Ndi, Joshua Osih and members of the National Executive Committee of the SDF have nothing in their tanks. The SDF party is now a liability, and because it actually represents nothing in Southern Cameroons, there is no chance of the party influencing any development in the current Southern Cameroons political story.

The SDF may overall just metamorphose into the Ambazonia Interim Government and help the Southern Cameroons make hay.