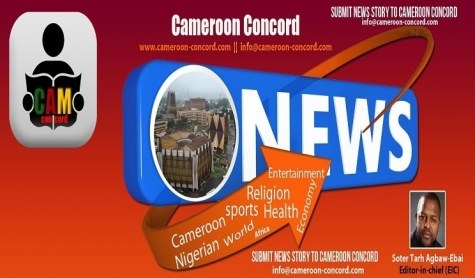 Southern Cameroons Crisis: There is a price to be paid for the fanciful delusions of Mr. Biya and his Beti Ewondo kinsmen 0

The two Cameroons are undergoing the greatest struggle in the name of freedom since the rigged 1961 reunification.

The reality is that the people of Southern Cameroons have survived five years of French Cameroun military onslaught and they are well on their way to outlasting the Biya administration that criminals like Atanga Nji and Joseph Dion Ngute serve.

There have been continued calls from the embattled President Biya to stop the military operations in Southern Cameroons and hold genuine negotiations with the jailed Ambazonian leaders.

While acknowledging that the Francophone dominated armed forces were suffering painful losses on the front lines in Southern Cameroons, President Biya and criminal gang believe that Cameroon government troops would be able to hold on in their fight against Ambazonia fighters, and eventually stifle the resistance.

People in the know including many political commentators have come to assess that the war in Southern Cameroons has tilted in Ambazonia’s favour, Biya and his Francophone Beti Ewondo officials believe that the opposite is in fact true — that the so-called one and indivisible Cameroon is emerging from the current struggle with an advantage brought on by the provision of Made in France weapons and the deliberate silence of the West.

The problem facing the Francophone leaders in Yaoundé is the harsh reality of military math. Amba fighters are destroying vast majority of Yaoundé’s pre-conflict arsenal. This fact is played out with violence daily — in a conflict that has taken on the characteristic of a massive artillery duel with Amba fighters using the hit-and-run tactics.

The hard truth is that even Paul Atanga Nji is now fed up with the Biya Francophone pattern of governance.  Francophone military officials and some Roman Catholic clerics are now admitting high casualty rates.  Correspondingly, there is no way Biya’s offer of more money to the military will reverse the inevitable tide of Cameroon government’s looming strategic military defeat in Southern Cameroons. The emergence of Boko Haram in the Far North makes Biya’s offer to the army very hollow.

We of the Cameroon Concord News Group believe that when the so-called Biya military operation will be over and Biya gone for good, the one and indivisible Cameroon would no longer exist as a nation.

There is a price to be paid for the fanciful delusions of Mr. Biya and his Beti Ewondo kinsmen, and those in Yaoundé like Fru Ndi who believe them, and that price may be the very existence of the United Republic of Cameroon as a country.