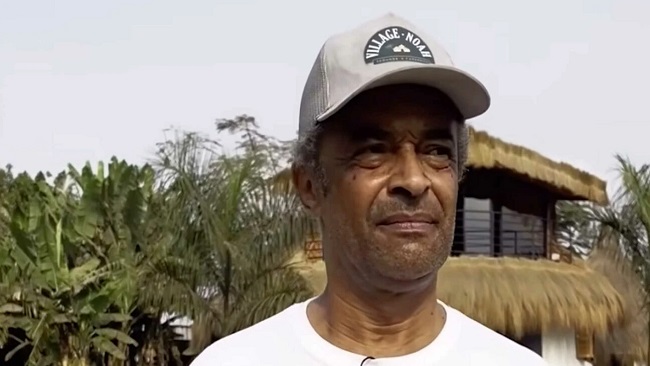 Tennis: Yannick Noah back home in Cameroon as a local chief 0

Yannick Noah has been a tennis star and a rock star. Now he has a new role in life; chief of his village in Cameroon. It was the dream of his father, Zacharie, who raised his son to become the French Open champion and who saw his grandson, Joakim, become a star in the NBA.

When Zacharie Noah died in 2017, Yannick Noah made a decision to return to the home of his birth, the country he left when he was 12, in order to fulfil his father’s dreams. Now, the 61-year-old Noah is chief of a former village called Etoudi, now a part of Yaoundé.

In a touching video published by Brut, the 1983 Roland-Garros champion takes cameras around his village, where he is greeted by children at his old school. Pointing out the school that his mother founded, his home and the bedroom that is now a classroom, Noah’s role is to watch over both the children and the elders. The people call him “Papi Yannick” or “Tonton Yannick

“I am the patriarch of what used to be a village and now it is one of the neighbourhoods of Yaoundé,” Noah says. “This is my town.”

It was only when his father passed away in 2017 that Noah felt ready to take on the job. In that year, France won the Davis Cup under Noah’s captaincy

“It was like a calling. And his crazy dream was for me to come. And not just that I would take care of it but that I would be there. I don’t think I could have come three years ago, it was not the time. And then, all of a sudden, it was time. It’s my destiny to be here.”

Noah says his biggest job now is to get to grips again with the local dialect but said he’d find a way. “It’s a real responsibility, but I’m a fighter,” he says, with a smile.