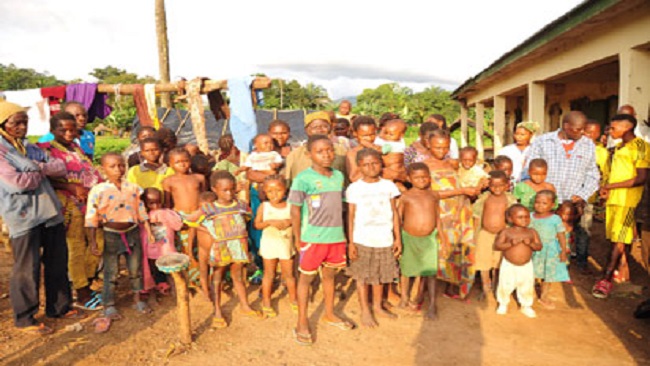 The United Nations on Monday said nearly 40,000 more people had been forced to flee to Nigeria by worsening humanitarian situation in north-west and south-west regions of Cameroon.

Briefing UN correspondents in New York on Monday, a spokesman of the organisation, Mr Farhan Haq, said 530,000 others had been internally displaced.

No fewer than 1.3 million people are now in need of assistance, Haq said, adding that the situation “continues to be characterised by human rights and protection abuses and violations”.

The conflict started in 2016 when separatists launched an armed struggle for a breakaway state they call Ambazonia.

Government forces have responded strongly, leading to accusations of extra-judicial killings and burning of villages.

But recently, there has been a focus on abuses allegedly committed by the many separatist groups too, including kidnappings, according to the BBC.

Haq said at Monday’s briefing that 2,800 protection violation incidents had been reported in the first six months of this year.

“House destruction and child protection violations are those reported in greatest numbers.

“Meanwhile, in the far north of Cameroon, attacks by non-State armed groups against villages have intensified since the beginning of the year, leading to new displacements.

“Around 1,300 people were reportedly being displaced last week alone.

The UN spokesman said the response in Cameroon remained one of the most “critically underfunded humanitarian responses globally” in spite of increased humanitarian needs.

According to him, only 20 per cent of the 300 million dollars requested by the humanitarian community this year has been received, NAN reported.|