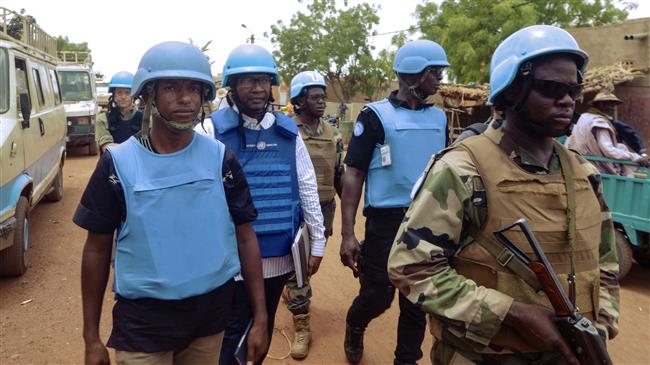 The United Nations (UN) has expressed concern about an “alarming” rise in communal violence between Mali’s rival militant groups, which has left hundreds of civilians dead so far this year.

Spokesperson for the UN High Commissioner for Human Rights (OHCHR) Rupert Colville said in a statement on Tuesday that at least 289 civilian deaths had occurred in almost 100 incidents since the start of 2018, 77 percent of which occurred in the central Mopti region.

He said that OHCHR staff in the country have documented “an alarming trend of civilians being driven from their homes, either after being directly targeted themselves — because of the community they belong to — or after deadly attacks on members of their community in neighboring villages.

Traditional hunters, commonly known as Dozos, who are linked to the Dogon ethnic group, are allegedly carrying out attacks against the ethnic Fulani community.

Dozos have been engaged in a long-running conflict with the ethnic herders over land, grazing grounds, and water rights.

In one of the documented attacks, which occurred on July 1, 16 Fulani civilians were allegedly killed by Dogon militia elements in a village called Bombou.

Colville’s statement said, “Some of [the victims were] reportedly shot inside the local mosque, where they had sought refuge from the attack, while others were burned alive inside their homes. The victims included several elderly people and a 13-year-old child.”

The escalation in violence in Mopti has led to “widespread displacement of a civilian population already vulnerable due to a lack of protection and basic social services provided by the State.”

“In one particularly troubling situation,” the statement said, “an estimated 3,000 displaced members of the Fulani (Peulh) community who have sought refuge in Birga-peulh village (in the Koro area) have been surrounded by Dogon militia and reportedly prevented from leaving the village to seek food and other essential items.”

The OHCHR also urged the government in Mali to take the necessary measures to “prevent further grave violations and abuses of human rights in the region, including those committed by government forces, as a matter of urgency.”

Malians are due to vote in a presidential election on July 29. The incumbent, Ibrahima Boubacar Keita, who took office in 2013, and his rival front-runner Soumaila Cisse are expected to be the two main candidates.

Amid the surge in violence and fears of militant attacks, over 30,000 security officers have been mobilized, according to the Interior Ministry, to “secure candidates on the ground and voting operations.”

Voter turnout is also expected to be low due to the rise in the violence.