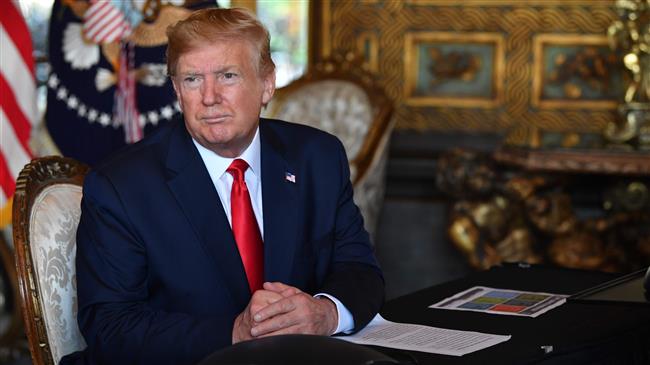 US: Public support for President Trump conviction at all-time high 0

Public support for Donald Trump’​s removal from office is the highest it has ever been, according to a new poll.

Fifty-five percent of those asked said they were in favor of the US president’s conviction by the Senate, a figure which has shot up from 48 percent the week before.

Meanwhile, the number of people against Mr. Trump’s removal has dropped to an all-time low, according to the MSN poll.

On Christmas Day, 40 percent were opposed to the Senate voting to convict the president, who has been impeached over his dealings with Ukraine and an alleged subsequent attempt to obstruct congress.

The gap between the two views has become much wider since last week, when there was little to divide them (48 percent in favor of Mr. Trump’s removal, 47 percent against).

MSN Poll matches all-time high for support of conviction 55%, and opposition plummets to all-time low: Many people moving from “opposition” to “don’t know”, big moment will be if they reach support for conviction.

The percentage of respondents who neither supported nor opposed conviction also grew.

David Rothschild, an economist at Microsoft Research, said the numbers of people shifting from opposition to removal to “don’t know” was significant. “When you follow polling daily, you learn people rarely make big jumps from Opposition to Support,” he said.

“This polling is a clear sign that [the] Republican policy of complete obstruction is not selling well to [the] voting public.”

Republicans and Democrats have disagreed over how the Senate should conduct the trial into the US president. Mr. Trump is accused of asking a political favor from Ukraine – to investigate his 2020 rival Joe Biden – in return for aid and a state visit to the White House.

Nancy Pelosi, the House speaker, has not yet sent the impeachment case to the Republican-controlled Senate given the strong likelihood that the upper house would find in Mr. Trump’s favor.

The party leaders of the Senate have clashed over the trial’s witnesses, after Republican Mitch McConnell said he would not allow top White House officials to testify in line with Democrat requests.