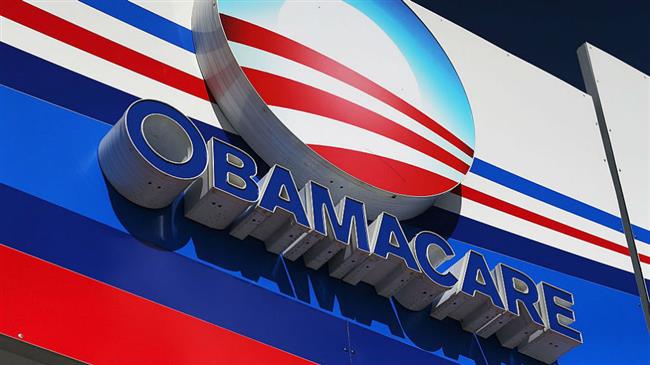 Some US states are defying the Trump administration’s plans to replace the ObamaCare insurance scheme in their bid to protect the Obama era health care policy and keep their insurance markets stable.

A number of states, including California and Maryland, are making efforts to impose limits on short-term insurance plans, even as the Trump administration intends to expand access to them throughout the country, US news outlets reported Saturday.

According to the reports, the states are taking the measure out of concerns that the availability of the newly-prescribed short-term plans will drive up premium costs for ObamaCare.

This is while northeastern states of Vermont and New Jersey have already passed state laws that require their residents to purchase health insurance. These individual mandate laws are aimed at replacing the now-repealed federal requirement.

Advocacy groups and state authorities backing such measures further underline that the states are seeking to protect advances made under ObamaCare from harassment by the Trump administration, which tried to repeal and replace the law and, failing that, initiated efforts to chip away at it.

High costs are reportedly the major incentive behind the efforts by the largely Democratic states.

The administration proposed rules back in February that would allow people to purchase short-term health insurance for up to 12 months, lifting restrictions from the Obama administration that limited the coverage to a maximum of three months.

The short-term plans don’t need to meet ObamaCare’s consumer protections, so they would potentially be much cheaper than a traditional plan. But people with pre-existing conditions can be charged more.

The cost of health insurance premiums on the ObamaCare exchanges is expected to climb in the coming weeks and months. Several states may face major double-digit hikes next year.

The high costs are blamed on measures the Trump administration has taken that could cut into ObamaCare’s enrollment.

“There’s been a series of actions taken by the current administration that have undermined enrollment,” said president and CEO of CareFirst BlueCross BlueShield, Chet Burrell, as he declared a potential 26-percent premium rise for next year in the state of Maryland.

Meanwhile, California also passed a bill that would completely ban the sale of short-term plans beginning in 2019, though it has yet to be signed into law.

Moreover, Hawaii lawmakers passed a bill that would essentially eliminate the state’s short-term health plan market by prohibiting their sale to anyone eligible for a plan on the ObamaCare exchange. That bill is also pending the governor’s signature.