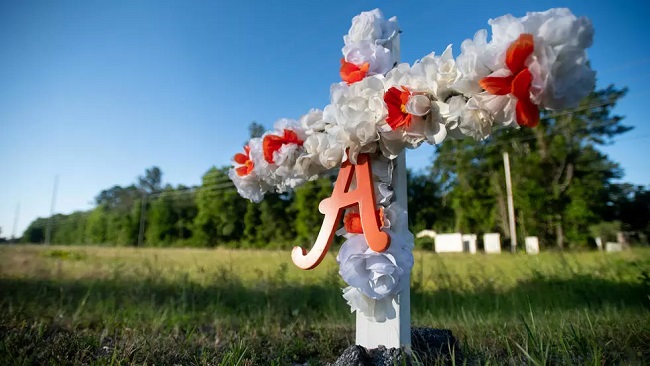 White man, son in US state of Georgia charged with murder of unarmed black jogger 0

A white former police officer and his son were arrested on Thursday in Georgia and charged with murder in the shooting death of an unarmed black man, an incident that touched off a furor in the community and among civil rights activists nationwide.

Gregory McMichael, 64, and his son Travis, 34, were taken into custody by the Georgia Bureau of Investigation and charged with aggravated assault as well as murder in the killing of Ahmaud Arbery in the town of Brunswick, the agency said in a statement.

The Feb. 23 shooting death of Arbery, 25, as he ran unarmed through the small town was captured on video by an unnamed witness in a vehicle near the scene. The video’s wide broadcast in recent days ignited outrage among activists, politicians and celebrities who saw the incident as the latest case of white perpetrators killing a black man and going unpunished.

It was not immediately clear on Thursday if the two men had retained attorneys.

A district attorney appointed to handle the high-profile case after two other prosecutors recused themselves said on Wednesday he would ask a county grand jury to decide if the two men should face charges.

The men’s arrest by the GBI, one day after the agency opened an investigation into the case, appears to have sidelined any grand jury probe.

The video footage shows Arbery jogging down a narrow two-lane road and around the McMichaels’ white pickup truck, which had stopped in the right lane with its driver’s door open.

As Arbery crosses back in front of the truck, a gunshot is fired. Arbery is then seen struggling with a man holding a long gun as a second man stands in the bed of the truck brandishing a revolver. Two more shots are heard before Arbery stumbles and falls face down onto the asphalt.

The GBI said it was Travis McMichael who fired the fatal round.

According to a police report obtained by the New York Times, Gregory McMichael, a former Glynn County police officer and district attorney’s investigator, told detectives the incident began when he spotted Arbery from his front yard “hauling ass” down the street.

McMichael told police that, because he suspected Arbery in a string of recent neighborhood break-ins, he and his son gave chase in the truck, with Gregory McMichael carrying a .357 Magnum revolver and Travis armed with a shotgun.

Gregory McMichael said Arbery began to “violently attack” his son, fighting him for the shotgun, prompting Travis to open fire.

According to a letter obtained by the Times, the prosecutor in Brunswick argued there was not probable cause to arrest the McMichaels because they were legally carrying firearms, had a right to pursue a burglary suspect and use deadly force to protect themselves.