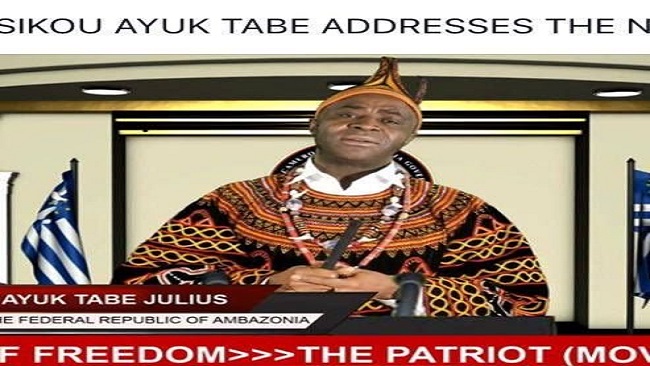 Lawyers in Cameroon defending leaders of a movement to create a separate state of Ambazonia have called on the government to produce evidence that their clients are still alive. Many English-speaking people complain of being treated like second-class citizens in Cameroon. Barrister Christopher Ndong was representing his clients at a hearing at the Yaounde Appeals Court.

For the fifth time, secessionist leader Sissiku Ayuk Tabe and his fellow defendants were not present in court, despite a court order saying they should be there. “We have fears that if they cannot be brought even at the level of the court of appeal, then there is something wrong,” Mr Ndong told the BBC.

The next hearing comes up on 1 November and the lawyer said if the defendants are not physically present, then the government “should present certificates of life to show that they are alive”.

Sisiku Julius Ayuk and 46 others were arrested January in Nigeria and extradited to Cameroon. Government spokesman Issa Tchiroma Bakary has said the separatists will answer for their alleged crimes.

Sisiku Julius Ayuk was the president of the Governing Council of Ambazonia, a group that works for the secession of Cameroon’s English-speaking regions of Cameroon from the rest of the country. Cameroon’s English speakers say they have been marginalised for decades by the predominantly Francophone government. BBC News