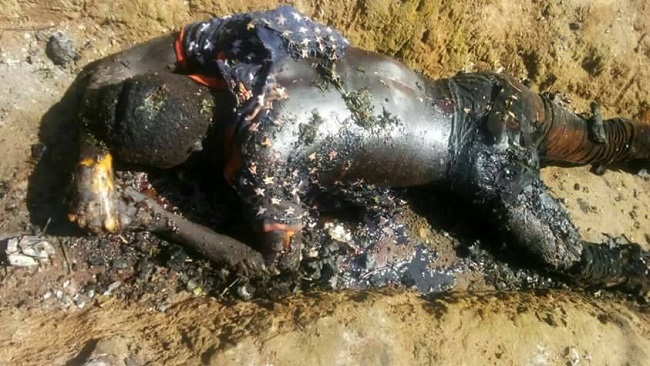 French Cameroun soldiers invaded Bekora village in the Ekondo Titi sub constituency in Southern Cameroons on Saturday the 2nd of June 2018 and began burning houses on lame and ridiculous reason that they were hunting down Ambazonian separatists. The heavily armed Francophone soldiers burnt down several houses and destroyed properties worth millions of FCFA during the raid that had residents running for their lives. A young Southern Cameroonian was killed in the fire that engulfed one of the buildings and another by bullets fired at closed range.

The Biya Francophone regime in Yaoundé has not commented on the Bekora killings. The entire Bekora has been completely burnt down. Our chief correspondent in the Ndian County reported that most of the homes burnt by the French Cameroun soldiers belonged to innocent Southern Cameroonians who do not even understand the on-going war and political situation in the country.

Cameroon Concord News was reliably informed that many of the Bekora indigenes slain during the attack have been buried in a shallow grave by some members of the Rapid Intervention Battalion, BIR. 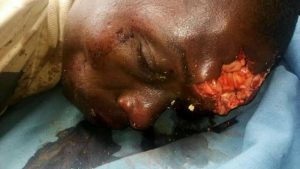 We gathered that the Southern Cameroonian that was burnt alive was seen receiving a phone call but left in search of network when the Francophone army soldiers stormed the locality. Elsewhere, unknown gunmen reportedly set fire on the residence of Minister Victor Mengot at Mbinjong village in the Manyu County. No group has so far claimed responsibility for the act.

By Rita Akana in Mundemba