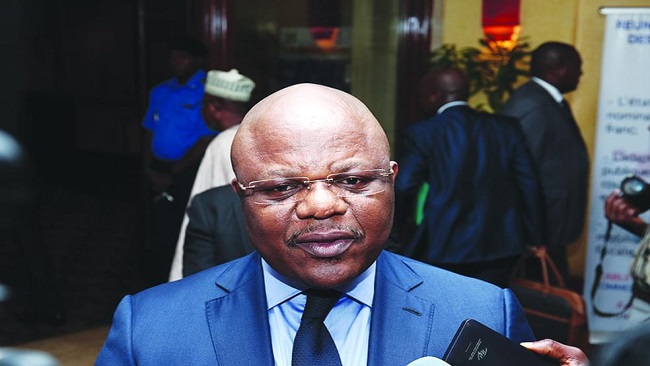 For some time now, many Cameroonians have been questioning the rationale behind the government’s plan to carry out major reconstruction works in the country’s two English-speaking regions, especially as the fighting that has given it a bloodshot eye is still raging.

The project, dubbed the Presidential Plan for the Reconstruction and Development of the two English-speaking Regions of the country and estimated at over CFAF 89 billion, is expected to be implemented over a two-year period in a region that is still awash with sophisticated weapons.

In a bid to defray the cost of the mega project, the cash-strapped Yaounde government has already begun negotiating with investors and development finance institutions. On May 5, 2020, the Cameroon Government and the United Nations Development Programme (UNDP) signed a financing agreement and a project document for the sum of CFAF 8.9 billion which accounts for about 10% of the overall project cost, an amount the government must raise to bring the two English-speaking regions at par with the other regions that have not been affected by the bloody fighting that has seriously hurt the country’s economy.

The government understands the need for a special program to help reboot the economies of the two regions, after all, most of the destruction of the regions’ infrastructure is the handiwork of army soldiers, a strategy employed to either discredit Southern Cameroonian fighters or intimidate the local population which the government suspects is supporting the fighters by providing food and logistics support.

More than 200 Southern Cameroonian villages and towns have been destroyed by government troops, with government troops accounting for more than 90% of the infrastructure destroyed. At the height of the fighting, the Yaounde government which was desperate for a fast and effective solution, dispatched sex-starved, alcohol-inflamed and trigger-happy soldiers to villages and towns and many of them burnt down schools, hospitals and personal property, a strategy that is very well known by Cameroonians, as this dirty strategy had been used to defeat an insurgency (popularly known as Marquisard Movement) in East Cameroon in the 60s.

The stakes are high and the national coordinator of the poorly conceived presidential project, Paul Tasong, has been encouraging the population to embrace the plan which, in his view, is hope-inspiring and has been designed to address some of the injustices that have been responsible for the socio-political chaos that has put the country in the spotlight for all the wrong reasons.

In the government’s warp thinking, the reconstruction plan is a sure path to peace even when the issues that triggered the crisis have not yet been given due consideration by the tricky and desperate Yaounde government that has been very evasive and hypocritical.

The works, Mr. Tasong said, would commence in those areas of the regions where there was some relative calm with a view to restoring the economy and security in the affected areas. Poor infrastructure and lack of economic prosperity in many parts of English-speaking Cameroon have made it hard for many Southern Cameroonians to identify themselves with the Yaounde regime ever since the country’s president, Paul Biya, came to power in 1982.

Unemployment among Southern Cameroonians is unbearably high. Most parts of the English-speaking regions do not have proper health infrastructure. Thousands of people in the regions die of curable and preventable diseases; a situation that has made it possible for the novel coronavirus to hit large cities such as Bamenda. The North West region currently counts close to 500 confirmed cases of COVID-19 and it is being reported by hospital sources that government statistics do not reflect the reality as the government lacks the capacity to capture the real figures.

With many people living in the bushes because of the fear of reckless and irresponsible army soldiers, it is obvious that many COVID-19 victims are either suffering or dying in silence. Besides, with a high level of corruption in the country, it is obvious that medical doctors will be inflating the figures in order to receive government funding.

Many people have already been confirmed as being COVID-19 positive though many of them had health situations that had nothing to do with the virus. In Cameroon, it is normal for someone heading to the hospital to complain of erectile dysfunction to end up in a COVID-19 ward, as doctors do not really want to deal with a virus that is still a challenge to scientists.

Mr. Paul Tasong, who is very much hated in the two regions, has been singing the president’s praises, hoping that the people will welcome the project and consider Mr. Biya as a Messiah. But the people of Southern Cameroons seem to have made their minds. It was Mr. Biya who declared war on them and many of them have lost their loved ones in a useless and stupid war. Rebuilding the regions will never bringing back the dead. The war was not necessary, and it was clearly avoidable if the brutal regime had sought to win hearts and minds.

Military brutality has only made things worse.  With so many armed groups emerging in the region, it is clear that the government’s reconstruction efforts will clearly fall flat. The anger is deep and the frustrations are too many. The government seems to be placing the cart before the horses when it comes to addressing the Southern Cameroons issue that has been around for more than fifty years.

Many Southern Cameroonians are still being arrested and taken to Yaounde for minor crimes and they are being held in custody without proper hearing. Uniformed officers of Francophone extraction still conduct themselves as if they are an army of occupation and they are using the current socio-political situation to enrich themselves as there are no avenues for the intimidated population to complain.

The soldiers now compel people in Kumba, Mamfe, Bamenda, Limbe and other towns in Southern Cameroons to express themselves in French, if not they will be killed, after all, they have the possibility of tagging any and everybody as a terrorist. The government hardly investigates such flagrant violations, and this has given the soldiers carte blanche to kill and maim innocent people.

Over the weekend, the government dispatched heavily armed soldiers to neighborhoods inhabited by Southern Cameroonians in Yaounde. The soldiers arrested many people and even forced them to express themselves in French even when they could not. Many of those arrested were internally displaced people who are seeking refuge in the nation’s capital.

Many of them were asked to give bribe if not, they would be herded to the country’s maximum-security prison even when they had not committed any crimes. These are some of the frustrations that Southern Cameroonians are facing and this unfortunate situation is driving many young people into the waiting arms of the separatists; a situation that makes it hard for the government to win this war that requires more soft power than fire power.

The Presidential Plan for the Reconstruction and Development of the two English speaking Regions of the country may be part of the government’s response to restore peace in Southern Cameroons, but its timing leaves much to be desired. How can reconstruction be going on in a region that is awash with guns and everyday civilians and soldiers are being killed?

The plan may be an outcome of the Major National Dialogue that took place in the nation’s capital in 2019, but the dialogue itself never received any popular recognition. It was a forum remote-controlled by the presidency with topics carefully chosen by the government and their discussion controlled by government surrogates who chaired the various sessions. Those who attended the event did not represent the various factions that have been battling the government for the total liberation of Southern Cameroons and the meaningful Diaspora was carefully excluded, reducing the forum to a ruling party convention.

If the government really wants to restore peace in the two English-speaking regions of the country, then it must start thinking of doing the right things. It must reach out to the separatists whom it has branded as terrorists. You never make peace with your friends if you don’t have any issues. You make peace with those you have problems, and, in this case, it must make peace with Southern Cameroonians who have their leaders abroad and in prison.

Mr. Julius Ayuk Tabe remains the President of Ambazonia and a poster boy of the insurgency that has crippled the country economically. If any real discussions must take place, he must be involved, if not, the people of Southern Cameroons will see any government action as a joke designed for children.

Cameroon needs peace, but not the version the government is selling. If the Yaoundé government really wants to restore peace in the two English-speaking regions of the country with a view to keeping the country one and indivisible, then it must stop playing tricks. It must reconcile with the country’s Diaspora and reduce police harassment to the barest minimum.

Cameroonians are sick and tired of those tricks and those gimmicks have simply pushed the country into a downward economic and political spiral. The regime must stop placing the cart ahead of the horses. It should take time off its tricks to examine what actually took the country down the path of a war that has resulted in the death of some 5,000 Cameroonians. If it does not adopt the right approach, its reconstruction program will be a waste of time and taxpayers’ money. The folly must be stopped before it results in more deaths. It is time to be realistic and Paul Tasong should find a better job.